WesternGeco owns four patents relating to a process for oil discovery. The process involves attaching sound wave sensors to cables which are towed by a ship in order to retrieve information about the geology below the ocean floor.  The information is used to determine likely locations of oil recovery.

The patents cover a system for controlling the movements of the cables so that the cables pick up better quality data.  WesternGeco uses its patented technology to perform surveys for oil companies, and WesternGeco charges a fee for this service.

ION Geophysical was found to have violated WesternGeco’s patents. The violations fell under an illegal practice called “combination.”

“Combination” was not always illegal under U.S. patent law. U.S. patents generally do not prohibit actions abroad. A patent in the U.S. is only good to keep others from copying your technology in the U.S. This applies to other areas of law too. Unless the law specifically says it applies abroad, it does not. For example, in 1991 the Supreme Court ruled that U.S. employment protections do not apply to workers abroad (EEOC v. Arabian American Oil).

But this rule – the “presumption against extraterritoriality” – gave rise to a loophole in the patent context. Companies started doing what ION did here. They would develop parts of the technology domestically and then send those parts abroad to complete the copy. In 1972, the practice appeared in the Supreme Court, and the Court – bound by the presumption against extraterritoriality – declared that existing patent law was unable to stop it (Deepsouth Packing  v. Laitram). Congress responded by closing the loophole with the provision that is relevant in this case, the prohibition against “combination.” Section 271(f) said you cannot send parts of a patented product abroad with the intent that the parts be combined into a U.S. patented product.

Damages under the “combination” provision

WesternGeco says no. The presumption generally applies to liability because U.S. law generally tries not to regulate foreign conduct. In this case, the actions were all U.S.-based actions anyway (sending parts from the U.S. with the intent that they be combined abroad). The presumption is not needed because the U.S. is not regulating foreign conduct. Not with respect to liability; and not with respect to damages. Courts should use the ordinary method of of determining damages based on causation (i.e. account for lost profits resulting from the action). Furthermore, WesternGeco argues, this law in particular specifically contemplates foreign consequences. It would be absurd not to compensate the patent-holder for them.

But ION holds the “presumption against extraterritoriality” flag high. It reminds the Court that “patent law operates only domestically and does not extend to foreign activities,” and the rule applies when accounting for damages. The provision that controls how damages are calculated does not say anything about damages incurred abroad, and WesternGeco cannot meet only the exception to the rule (RJR Nabisco v. The European Community, 2016). ION adds that WesternGeco’s view would “transform any domestic act of infringement into a springboard for worldwide patent damages” – exactly the international implications that the presumption against extraterritoriality was meant to avoid.

Somewhere in the middle?

Some patent law scholars from Emory University filed a brief advocating for a middle ground. They said that patent law generally should not compensate for foreign damages, but for the “combination” provision, it should. The combination provision is aimed specifically at activity in foreign markets, which allows the particular provision to defeat the presumption against extraterroriality.

Related case of this term

U.S. v. Microsoft, which was argued in February, also involves the presumption against extraterritorial application. The Court had been expected to issue a decision in that case by June. But Congress just passed a new law, the Cloud Act, that changes the law being interpreted in the case (the Stored Communications Act). The Cloud Act specifically states that parties receiving warrants must hand over the information regardless of whether it is held in the U.S. or abroad. So the presumption – which was up for debate – is no longer. The U.S. has asked the Court to dismiss the case as “moot,” and Microsoft has agreed that the case is moot.

Here is another case of this term relating to mootness: U.S. v. Sanchez-Gomez. 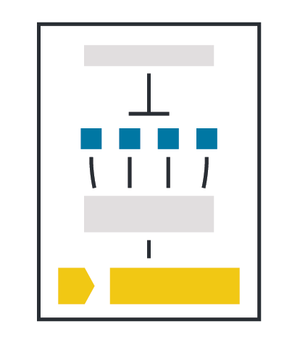