Supreme Court clarifies when a criminal defendant may qualify for a sentence reduction.

Defendants in each of these cases sought clarification on a particular law. The criminal code provides for eligibility defendants to get sentence reductions in certain cases. It depends on how the defendant’s original sentence was calculated.

The defendants in Hughes and Koons each ended up with sentences below the Sentencing Guidelines ranges for their offenses, but it’s possible their sentences were nevertheless “based on” the Guidelines. That’s what the Court was asked to clarify here.

There are a couple of guidelines that a judge considers in ordering a criminal sentence. The Mandatory Minimum/Maximum is a range designated by Congress that the sentence must comply with. Only in certain rare cases can a defendant get out of that range. And then there’s the “Sentencing Guidelines,” a range that the judge may use with discretion, as long as the Mandatory Min/Max are respected.

Hughes and the Koons defendants were all sentenced with unusual circumstances.

The answer is in the infographic. See how the Court’s interpretation resulted in different turnouts for each case.

Here is the Hughes opinion. And here is Koons.

Our earlier reports on the cases give more information about the cases. Check them out here: Hughes and Koons. 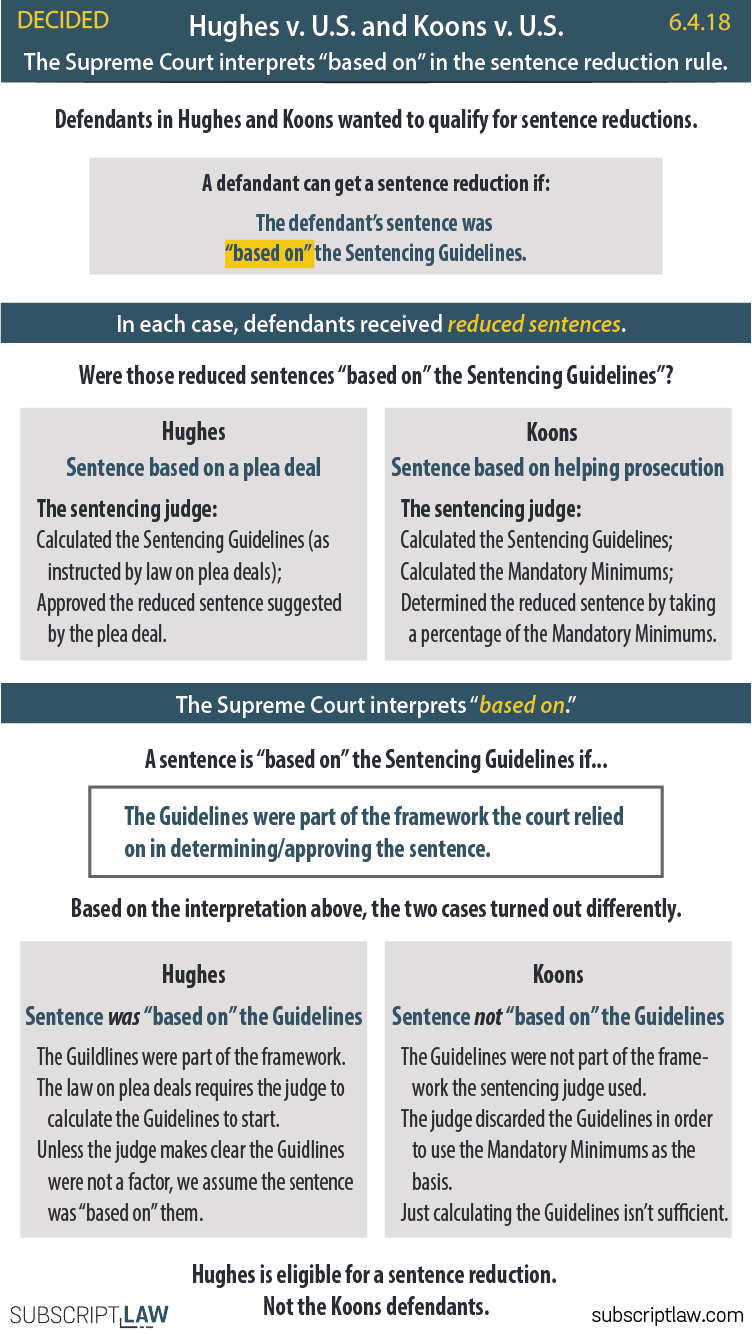