The Supreme Court cuts ties in a family dispute.

Samuel Hall had acted as a caretaker and a real estate/legal advisor for his mother Ethyln Hall, who lived in the Virgin Islands. At one point, Ethlyn got upset with Samuel, thinking he had ripped her off in a real estate deal, and Ethlyn broke ties with him. She created a trust with all of her property in her daughter Elsa’s name.

Ethlyn also sued Samuel for trying to rip her off (breach of fiduciary duty, legal malpractice, conversion, fraud, and unjust enrichment), but the suit against Samuel was still ongoing when Ethlyn died. As executor of Ethlyn’s estate, Elsa took over the suit.

Samuel fired back against Elsa with several counterclaims, saying Elsa had been taking advantage of their mother’s frailty (intentional infliction of emotional distress, fraud, breach of fiduciary duty, conversion, and tortious interference).

Courts can decide to “consolidate” cases for trial. It’s about efficiency. A court doesn’t have endless resources, so it’s more efficient to try cases together if they have a “common question of law or fact.” These two cases did, so the court bound them together.

But Samuel fared better. Samuel was awarded $2 million in damages against his sister, Elsa (for taking advantage of their mother). However, Elsa was awarded a retrial. This case was still pending.

Generally cases can’t be appealed if they aren’t final. Elsa needed the cases to be untied for purposes of the appeal. She wasn’t trying to take the unfinished case to the appeal – just the finished one – but Samuel argued they are now inherently tied.

The Supreme Court was asked to evaluate whether two consolidated cases can be separated so that one of them can be appealed before the other one is finished.

The Court ruled yes. The cases retained their separate identities, even though they had been consolidated. Elsa can appeal the estate’s claim, despite that Samuel’s claim is not final. 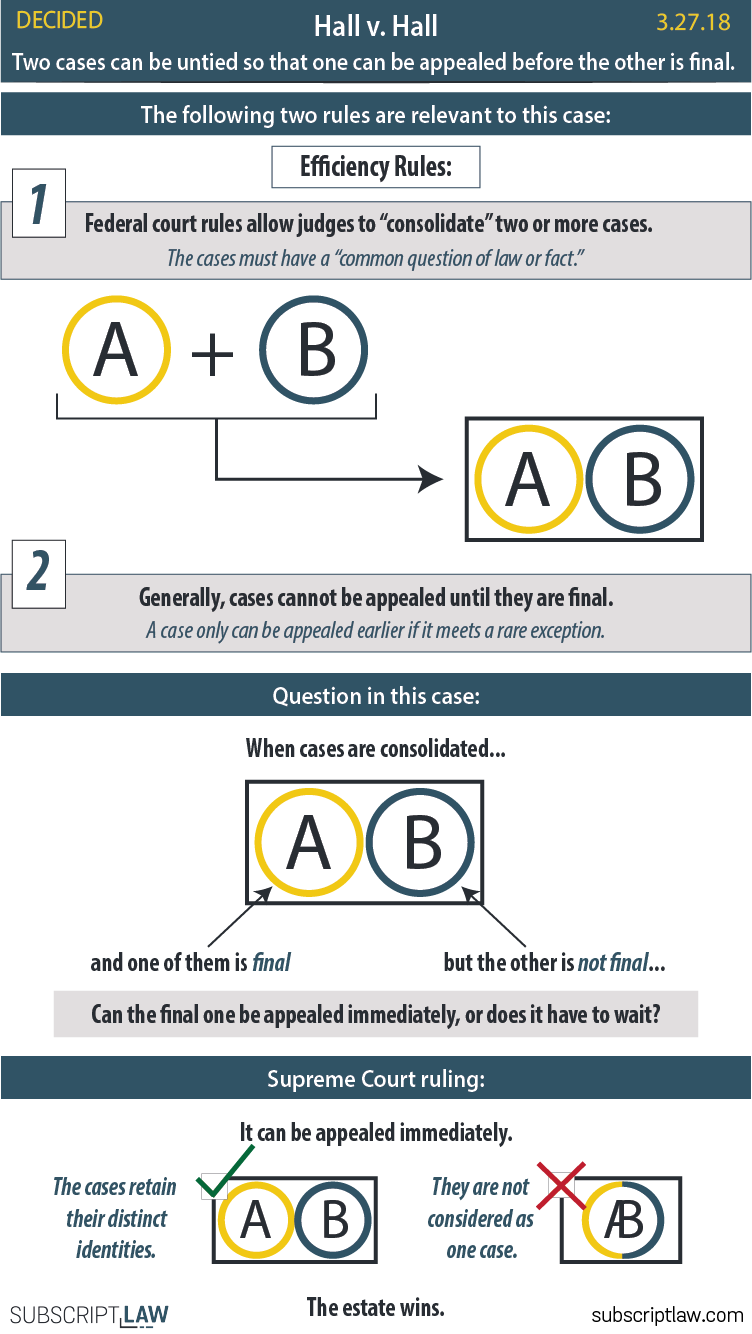