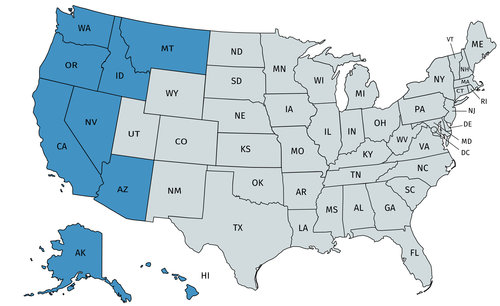 In this class action case against Google, the plaintiffs claimed Google illegally transferred their browser data to websites that turned up in search results. The class was so large, however, that when the parties settled, there would have been only a few cents to go around for each person.

Because it wouldn’t be worth it to distribute tiny amounts of money to 100 million people, the parties agreed that the settlement would go to charities that work on privacy protection (a way to indirectly benefit the class).

Some of the “absent class members” appealed the settlement, saying it’s not fair that the “named plaintiffs” (those who went to litigate) and their attorneys settled the case without making sure the absent class members get any value.

The Supreme Court accepted to hear arguments on whether the settlement is valid. However…

On March 20, 2019, Supreme Court returned Frank v. Gaos to the lower courts without ruling on the merits (on the class settlement issue). The Justices ruled the lower courts must address whether the plaintiffs have standing to assert the claims before the Supreme Court can address whether a class action settlement is valid. The plaintiffs’ injuries must be sufficiently “concrete and particularized” to bring the claim in the first place. A class settlement cannot be approved without being sure the class has standing.

See our Argument Explainer below for more information on the case.

What does a court do when class compensation isn’t worth distributing?

In this case, Google settled with a class of about 100 million users. If you are one of them, you would have been represented by three people who brought the case against Google. The plaintiff class claimed Google illegally transferred their browser data to websites that turned up in search results.

Google agreed to pay a total of $8.5 million to settle the case, in addition to agreeing to change its policies to address the concerns of the case. The three “named plaintiffs” (class representatives) didn’t get a huge amount. Just $15,000 as an “incentive payment” for litigating. The attorneys, however, got $2.1 million. And the remainder, around $6.5 million: that’s the amount that’s at issue in this case.

It doesn’t make sense to distribute 6.5 cents to 100 million people. So what’s the next best thing?

Cy pres comes from the Latin or Old French for “as close” — meaning the next closest thing to the intended result. If a class monetary distribution can’t be practically administered to the class members, cy pres seeks to benefit the class members indirectly by distributing the money to charities that work in the class members’ interests.

In this case, the class counsel requested that the judge approve the $6.5 million as a cy pres award to six institutions. They include a bunch of fancy universities (Harvard, Stanford, Univ. of Chicago, Carnegie Melon), AARP and the World Privacy Forum. Turns out, 47% of the award would go to the alma maters of the class counsel.

When a class action suit settles, all of the “absent class members” either consent (directly or by inaction), or they can object—if they know about the case. Several class members objected here. Yes, they may have been none-the-wiser about the settlement in the first place, but some lawyers at the Center for Class Action Fairness got them organized.

The objectors don’t like that the attorneys are getting a big chunk of money, the attorneys’ alma matters are getting nice sums, and the class members get a big ZERO. Well, maybe not absolutely zero if you count that they will receive the benefit of Google’s policy changes. But ZERO dollars.

At the objectors’ request, the lower courts were not willing to reject the award just because of the attorneys’ connections to cy pres recipients. The money wasn’t going to the universities’ main funds but specifically to their centers that do research on internet privacy and voluntary information transferring. The lawsuit was about internet privacy and online information transfer. So isn’t it true that the class of Google web search users would benefit from this research? That’s why the lower courts were unwilling to jump to conclusions just because the institutions were close to the people who put them on the list.

Compensation vs. Deterrence and Disgorgement

Class actions exist exactly for situations like this: where “recovery on an individual basis would be dwarfed by the cost of litigating the case on an individual basis.” (Opinion below, citing another case, citing a federal practice manual). You can, however, get attorneys to litigate the case if they can litigate on behalf of the entire set of people who were harmed by the practice. Because recovery as a whole can justify the expense.

Class suits are important so that companies are held accountable and can’t continue to benefit from harmful practices. A class suit will make the company pay (disgorgement) and serves as a lesson for the company (deterrence). See the amicus brief from the National Consumer Law Center on these points.

But lawsuits are supposed to provide compensation too. And that’s a huge part of the objectors’ argument. In this case, the large number of class members don’t get any of the money damages awarded.

When the attorneys who have control of settling the case don’t have the pressure by their clients to get a better deal, there could be a conflict of interest. The attorneys are technically representing all 100 million class members. But the class members aren’t there to tell the attorney whether the deal is good enough to settle. The attorneys, by contrast (or by conflict), want to settle because they’re gonna get paid!

That’s the legal ethics issue the objectors are complaining about. And that’s even before the objectors start pointing out that the buddy-institutions of the lawyers are the ones which will end up with the money.

But what’s the alternative?

Yes, we all agree cy pres isn’t the ideal solution. That’s why it’s the “next closest.” As the lower court put it, “cy pres-only settlements are considered the exception, not the rule.” If the objectors don’t like this admittedly imperfect solution, then what’s better?

The objectors say that the cy-pres only settlement should never be approved. So if the class members don’t get any money, then no deal. Go back to the drawing board. The objectors suggested that perhaps some money could be given out to a certain number of the absent class members through a random lottery. It might result in $5-10 per person to those who actually respond to a claim form. The 9th Circuit Appeals Court didn’t take this suggestion too seriously.

The only rule guiding courts on whether to approve a class settlement is Rule 23, which says that the settlement must be “fair, reasonable and adequate.” Without further guidance, the Supreme Court will be left with an open playing field. But remember — the judicial branch isn’t the rule-making branch. Should it be up to the Court to draw the line, or is that better left in the realm of Congress?

Amici (briefs from other parties)

This case sparked a lot of interest from parties outside of the case who wrote amicus curiae briefs to add their own viewpoints.

The Cato Institute, for example, advanced an “individual rights” perspective protective of the rights that absent class members must give away in class actions. Cato voiced a need for greater judicial oversight and attacked class action attorneys for litigating with self-interest. Several other parties also supported the objectors by expressing concern about the attorney-client conflict of interest issue.

On the other side were numbers of consumer rights’ groups in support of the settlement. This camp prefers not to have greater limitations on a judge’s ability to approve class settlements. This side expressed concerns that further binding the class litigation process will only silence the rights of consumers—potential class members—even more than the negatives of cy pres settlement would. At least the case will be litigated. Here are the Public Citizen and NCLC briefs.

Several of the parties on this side (supporting the cy pres settlement) promoted giving cy pres awards to legal aid groups, who advocate (sue) on behalf of low-income individuals and others who don’t have a voice. The money would then go back towards enforcement of important consumer issues. The American Bar Association also wrote (in support of neither side) to say that legal aid groups deserve cy pres awards.