Does the sentence reduction rule require judges to “show their work” like in math class?

Math teachers make students show their work because they want to know if the student was on the right track. They want to be able to review the student’s thought process.

Chavez-Meza argues that appeals courts need the same thing – to be able to follow the reasoning of the lower court judges.

He did. He requested the new minimum on the range. And the court granted him just above that. But the ordering judge didn’t explain the court’s reasoning for not going with Chavez-Meza’s request.

Chavez-Meza says that he and other people in his situation are entitled to a justification. In this case, the court said that it reviewed the relevant factors, but then it just stated its decision (new sentence = 114 months). It didn’t go any further into why.

Like in many cases, a defendant is entitled to an appeal to argue that the lower court made a bad decision. The rule on sentencing reduction requires judges to consider certain factors when it make its decision, and Chavez-Meza believes the judge did not analyze those factors appropriately. But how can Chavez-Meza make his argument if the court didn’t say anything?

The United States argues that the rule itself just says the court must consider the sentencing factors. It does not say the court must articulate how it analyzed those factors. When Congress wishes to put that requirement on courts, it will say so – like it did in the law governing the original sentencing. Furthermore, it says, this type of rule is merely an “act of lenity.” It was enacted as a favor to defendants, and judges have the discretion on whether or not to grant the reduction. As long as the judge’s determination falls within the new range, no explanation is necessary.

We’ll see how the Supreme Court sides by June. The Court will hear arguments on April 23, 2018.

Other cases on sentencing reductions

The Supreme Court just decided Wilson v. Sellers, which had a similar issue. In that case, Wilson had appealed his death sentence. The federal court was supposed to review the decision of the Georgia Supreme Court to determine if it was valid, but the GA Supreme Court hadn’t stated any justification. See how the court ruled there. The cases are different in some material ways, but some of the same considerations may weigh into the Court’s decision here. 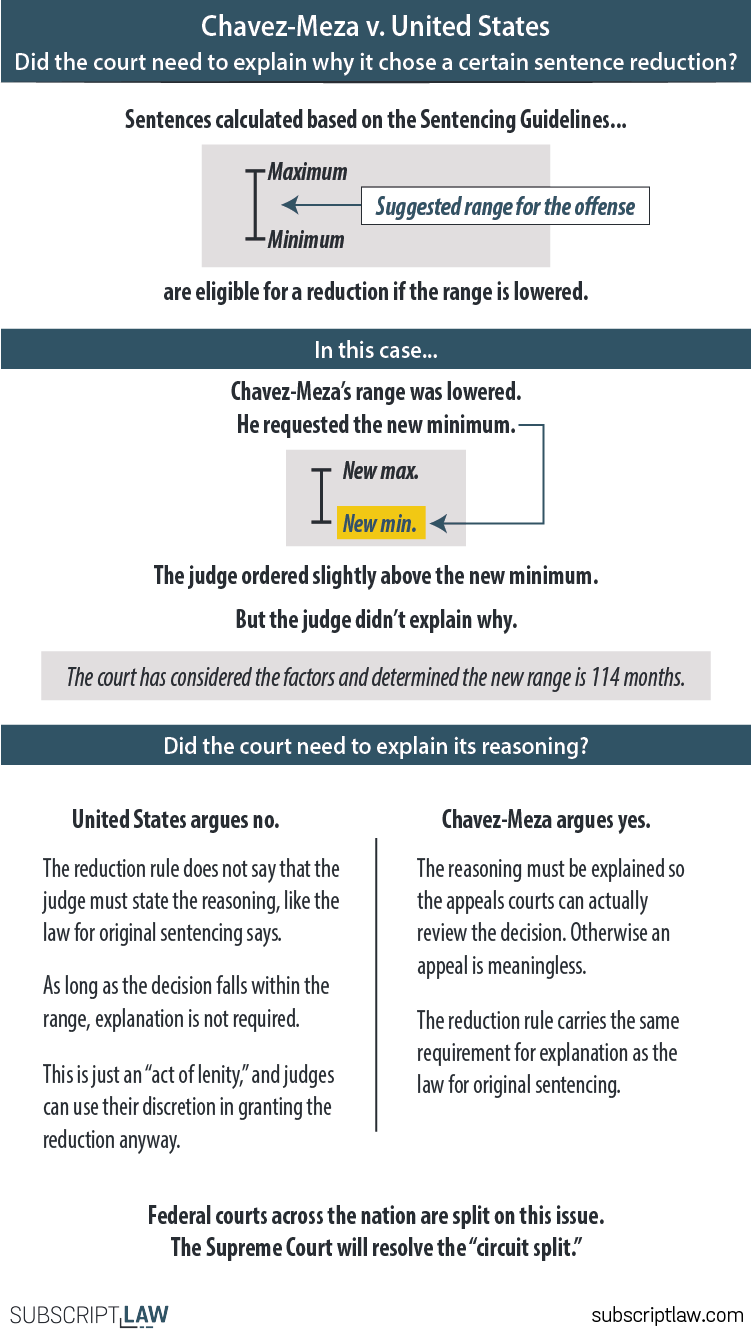