What’s a reviewing court supposed to do with an unexplained decision?

But in some cases, the lower court doesn’t say much. It’s called a “summary decision.” How is a court supposed to review that?

Federal court review in this case

In this case, Marion Wilson was denied a few death penalty appeals. One of them was a leap from the state court appeal system to the federal court review system.

Then, however, since Wilson had lost at the first-level in the federal system, he appealed again. This time to the federal appeals court (Eleventh Circuit). The Eleventh Circuit rejected the lower federal court’s “look through” process. It said a court can’t just assume that an unexplained decision incorporates the rationale of the lower court. It said, rather, the court should imagine the reasons the unexplained decision could have been explained and then decide if those are reasonable. Sounds like a worse guessing game.

The Court stepped in

The Supreme Court ruled that the lower federal court had, in fact, done the right thing. In federal habeas corpus cases, a reviewing federal court can assume that an unexplained state court decision incorporates the rationale of the court below it. The Court thus confirmed the “look through” process in federal habeas corpus (unlawful detention) cases. It did state, however, that the presumption can be “rebutted” (argued against). The state would have to present evidence indicating that the summary decision was not in fact in agreement with the rationale below.

What does that mean for Wilson? He gets to continue his uphill battle in the federal court system, although at this point the potential for relief from his death sentence is still looking bleak.

For more information on the case, like procedural details, and the case precedent the Court considered, see our argument explainer on the case. 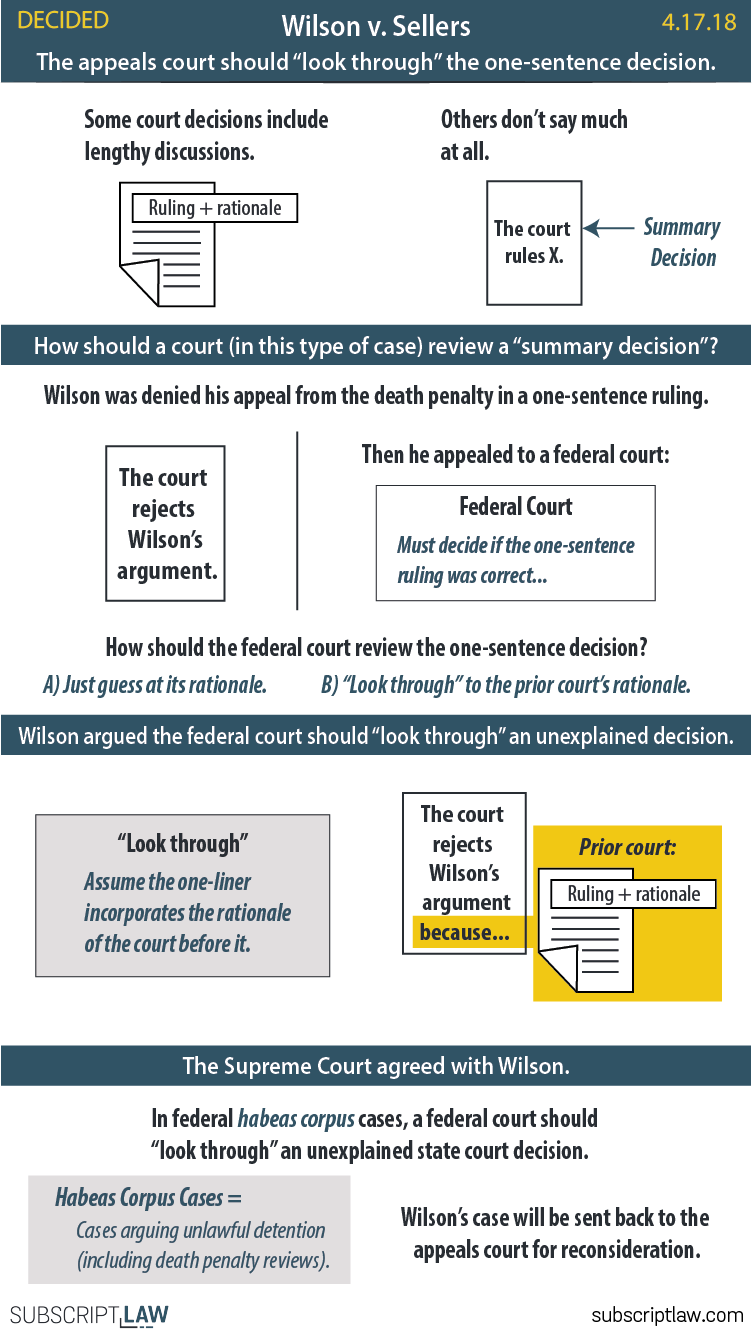