Supreme Court declines to tackle political gerrymandering in its second-and-final chance of this term.

When the Supreme Court accepted the first political gerrymandering case this term (Gill v. Whitford), court-watchers got hopeful. Since 2004 the Court has been unwilling to step in because the Justices were unable to articulate the standard: when is political influence in districting acceptable and when does it go too far? More on that in our earlier report on Benisek.

Those seeking a major ruling were hoping that the standard would come, especially as the Supreme Court accepted to hear Benisek v. Lamone. But just after the Justices announced they were punting in Gill, they had similar news for Benisek.

In Benisek, Maryland Republicans claimed that Maryland Democrats who were in charge of drawing voting districts did so unfairly.

How did the Court avoid the gerrymandering question?

They had a good reason in this case. The case came to the Justices after being rejected for temporary relief. That means the lower court hadn’t attempted to make a final ruling on the Maryland Republicans’ political gerrymandering claim. As the infographic describes, claims for temporary relief are considered on stricter grounds than claims for permanent relief. That’s because getting preliminary relief is an “extraordinary remedy.” So plaintiffs had to prove several points in addition to their likelihood of success on the big political gerrymandering question.

The Supreme Court ruled the plaintiffs had failed before even reaching consideration of elements of a political gerrymandering claim.

So what happens in the case?

The plaintiffs – the Maryland republicans – will have a chance to argue their main case. This one just put an end to their request for temporary relief. So as long as the case doesn’t become moot or get dismissed for another reason, it’s possible the political gerrymandering question could come back up to the Supreme Court, in this action, in a later term. 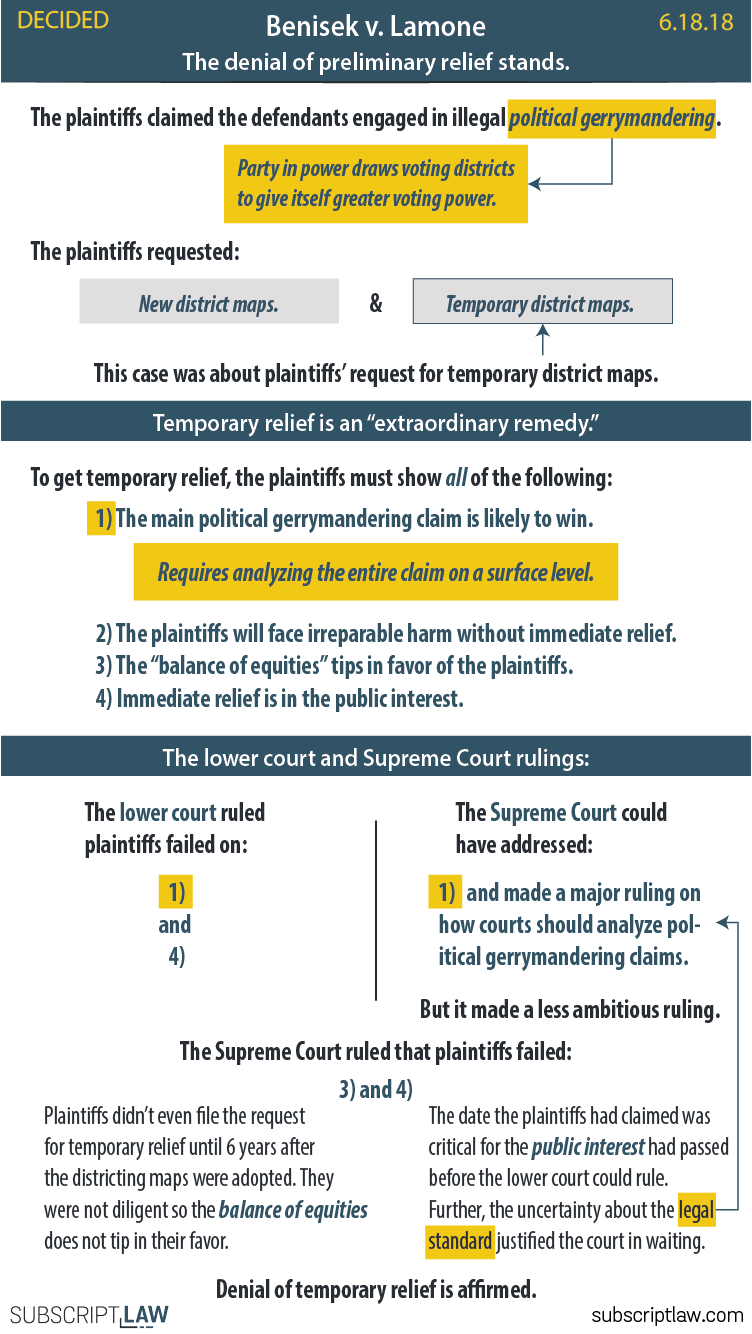