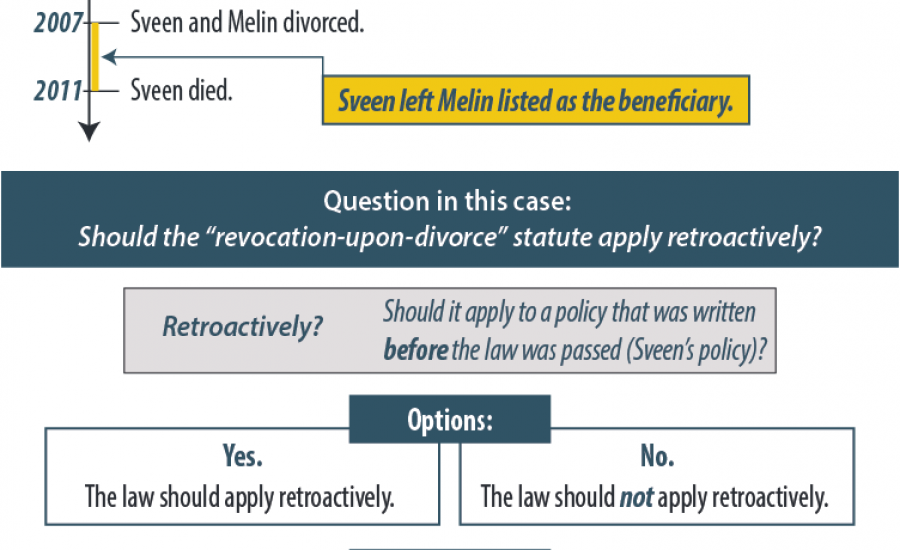 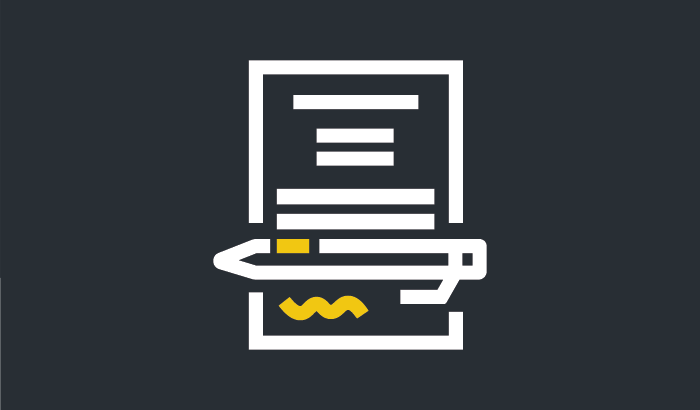 If the Minnesota law applies back in time, will it ruin Sveen’s intent?

Contract Law seeks to confirm the intent of the parties, but it also cares about fairness. Generally, the government is not supposed to mess with two parties when they form a contract. People are supposed to be able to bargain for whatever they want; make deals for whatever they want. That’s what the Constitution’s “Contracts Clause” stands for. It says: “No State shall…pass any…law impairing the obligation of contracts.” 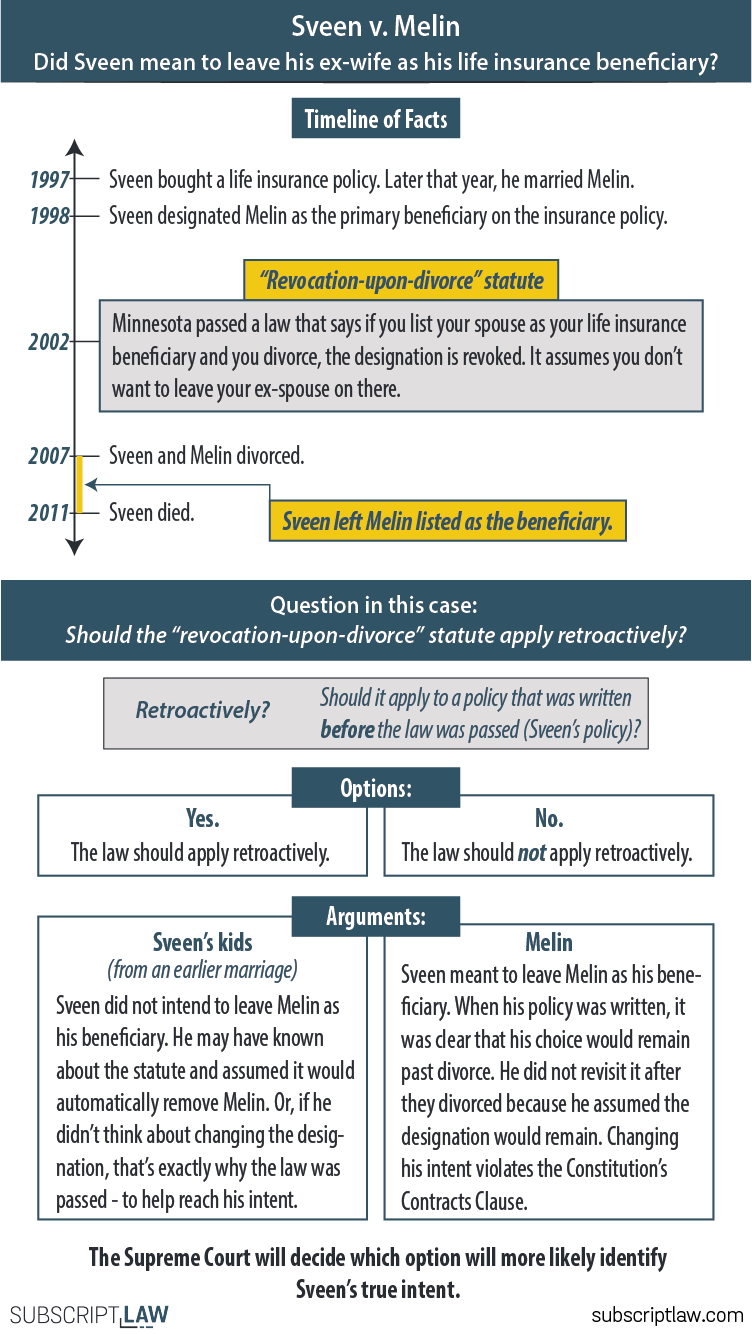 However, as we know, some things the government does not allow. In the employment arena, you can think of agreements for unfair wages. In the consumer realm, it’s timely to point out Dodd Frank: a major set of rules limiting securities and consumer contracts. The government is allowed to regulate for the good of society, but it must have good reason.

Mark Sveen bought a life insurance policy in 1997. Shortly after that, he married Kaye Melin and listed her as the policy’s primary beneficiary. The two divorced in 2007, and Sveen died in 2011. But somewhere before they divorced, Minnesota passed a law that is the issue in this case.

Minnesota passed a law that says: if you divorce, your spouse (now ex-spouse) will be automatically removed from your life insurance beneficiary designation. Minnesota is not the only state with such a law. It was enacted because the state determined that often people forget or do not think to remove their exes from their life insurance policies when, in fact, they would have wanted to.

The law was passed in 2002. But Sveen bought his contract in 1997, and he named Melin in 1998. When Sveen was informed about the law at the time of signing, he knew (or we can assume he knew) the current law: that Melin’s designation would remain after divorce. So maybe he meant to include her? Sveen’s case is different from the case of someone who purchased a policy after the law went into effect. Presumably, that person would be aware of the change.

So the question here is: If we apply the 2002 law to Sveen’s earlier contract, does that “substantially impair” the obligations set out in the contract? Sveen’s children – the contingent beneficiaries – argue no, while, Melin defends her right to get the proceeds.

Amy Howe’s Argument Analysis includes a good discussion of the arguments on each side.