States have been trying to get a piece of the $28 billion online retail industry for years. And today, the Supreme Court gave them a major win.

Before today, states were prohibited from collecting tax on many online sales. As long the seller did not have a “physical presence” in the state, the transaction couldn’t be taxed. Even when the company delivered massive amounts of goods to consumers in the state.

The “physical presence rule” came out of a 1992 Supreme Court case, Quill v. North Dakota. Quill had interpreted the Constitutional limits of state taxation. At the time, physical presence was a sensible limit to the Justices. But 1992 was a different day than today.

In recognizing the changed nature of commerce since the Internet Revolution, the Supreme Court overruled Quill.

The court said “extensive virtual presence” is sufficient to satisfy the Constitutional requirements.

States likely will begin collecting taxes on many more online transactions – especially those large businesses with “extensive virtual presences.” South Dakota’s opponents in the case (Wayfair, Overstock and Newegg), for example, will be among them. Of course, that means the company passes the taxes on by charging it to customers.

However, some major online retailers are already paying sales taxes around the nation. Amazon, for example, fought states for years on this issue and finally threw in the towel. Walmart and Target also comply with sales tax requirements for their online orders because they each have a “physical presence” in every state (in case you didn’t notice).

On the other side, however, is a major benefit to states. Being able to tap into increased tax revenue, states will gain a significant amount of money to spend on general budget items like public schools, administrative departments and social programs.

The Court’s opinion is here. 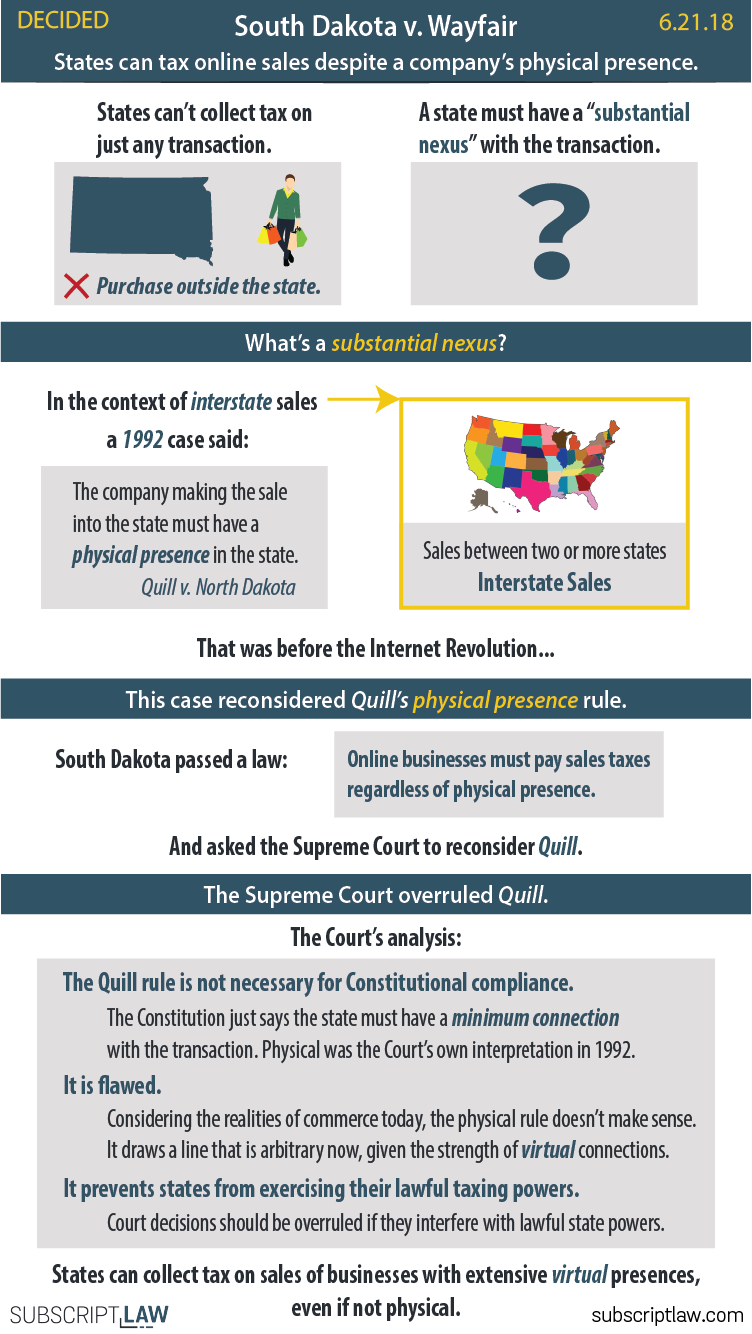