Eight Justices interpreted the immigration law in favor of Pereira, the nonresident.

There’s an immigration rule that says if a noncitizen has been living in the U.S. continuously for 10 years, then the person can apply to stay. That is, he can apply to cancel a deportation order against him.

Pereira applied to cancel his deportation order in 2013 because he’d been living in the U.S. since 2000. But the government said his period of continuous living had expired when he received a notice in 2006.

The relevant rule in this case is the “stop-time rule.” It says that if a person has received a notice to appear at deportation proceedings someone within that 10 year period, he has no chance.

Pereira did get a notice. But the notice, he claimed, was inadequate. It didn’t specify where he was supposed to go and when.

The rule describing what notice triggers the “stop-time rule” lists 10 requirements that apply to the notice. One of them is time and place of the proceedings.

The government said that – even though the notice lists a bunch of requirements, that doesn’t matter for the “stop-time rule.” Maybe the notice wasn’t enough to get Pereira to a hearing, but it was enough to put him on notice that the U.S. was going to institute deportation proceedings against him, which is what the “stop-time rule” is about.

Pereria, on the other hand, just points to the wording in the provision. The “stop-time rule” refers to the notice. The notice is described with 10 requirements. A notice without those ten requirements is not adequate.

The Justices sided with Pereira. They took the textual reading as Pereira claimed.

Justice Alito was the lone dissenter. As we described in our earlier explainer on the case, Chevron Deference could have been an issue for Pereira. While the 8 Justices in the majority cast Chevron aside, Justice Alito didn’t. Alito said the Court should have deferred to the immigration agency’s expertise on the interpretation. 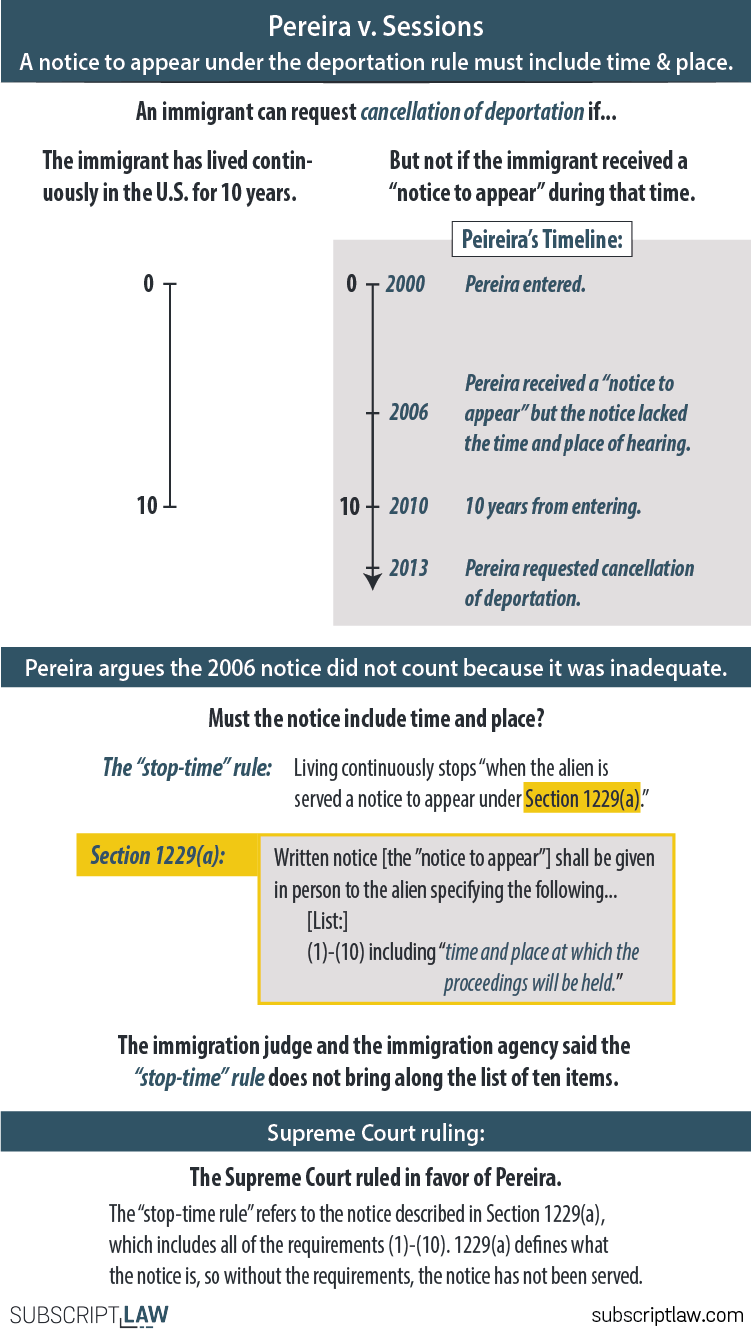