The Supreme Court finally rules some questions can escape arbitration. 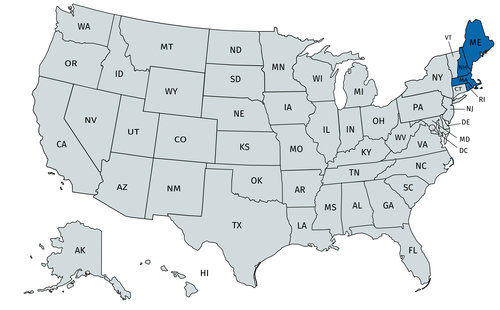 The use of arbitration clauses in employment and consumer contracts is controversial these days, and parties often attempt to escape their enforcement. However, the Federal Arbitration Act includes strict language mandating that courts should enforce arbitration clauses. The Supreme Court has followed the FAA’s mandate strictly in recent years, despite facing an assortment of arguably unfair uses of them.

In this case, Dominic Oliveira presented the rare successful argument against enforcement of an arbitration clause. New Prime is a trucking company, and Oliveira, a truck driver, had been working for New Prime under an independent contractor agreement.

Oliveira brought a federal class action suit against New Prime, a wage dispute. He brought the dispute in federal court, despite language in the independent contractor agreement that all disputes would be brought in arbitration court (the “arbitration clause”).

Does the dispute go to arbitration?

That’s the main question we are getting at here. And it’s the same as the question that the Court answered last week in Henry Schein v. Archer and White Sales. The two cases turned out differently.

In Henry Schein, the question of whether the case should go to arbitration turned on a provision in the contract. Does the contract term – the arbitration clause itself – exempt the case? But in this case, Oliveira pointed to a provision of the FAA itself.

The Federal Arbitration Act says that agreements to arbitrate shall be strictly enforced. But the FAA also says that its orders to compel arbitration don’t apply to every situation. One of those is in “contracts of employment.”

Oliveira was not an official “employee” of New Prime. He was an independent contractor. Was his a “contract of employment”?

New Prime argued that the contract’s terms were clear: all disputes should go to arbitration, so that includes this one. But it was Oliveira’s contrary argument that prevailed.

The ruling on the threshold question

The ruling on whether the exception applies

Now that we know the Court has the right to interpret the FAA, does Oliveira’s contract count as a “contract of employment” under the FAA’s exception to arbitration?

Yes. The Supreme Court ruled that the word “employment” was used to refer to all types of work in 1925, when the FAA was passed. Thus, despite New Prime’s argument that the word today only refers to official “employees,” the Court refused to limit the word it was used in the FAA.

The case, decided 8-0, is the first one in over ten years that has gone in favor of a party challenging enforcement of an arbitration clause.

Justice Ginsburg wrote a concurrence to note that courts should be careful about always interpreting statutory terms as they would have been interpreted at the time of the act’s passage. According to Ginsburg, Congress in some instances writes statutory terms to adapt to changing times.