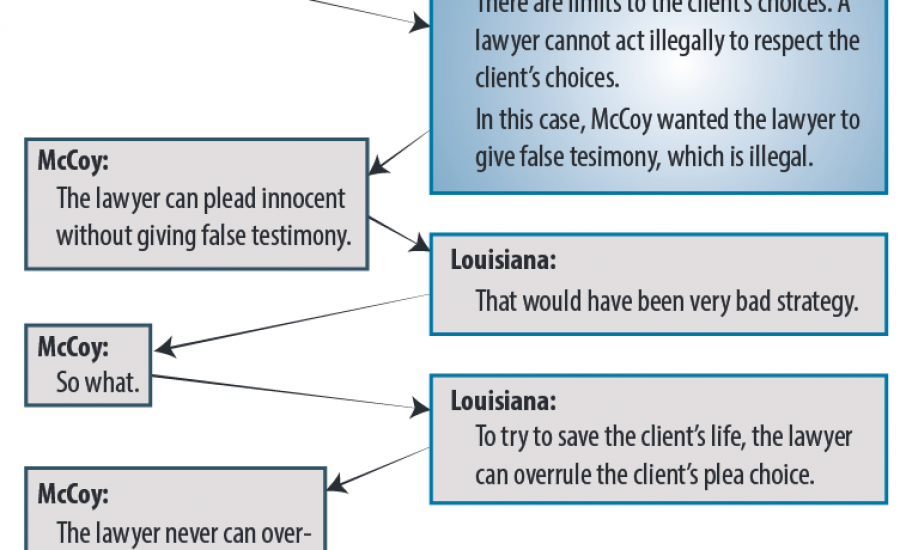 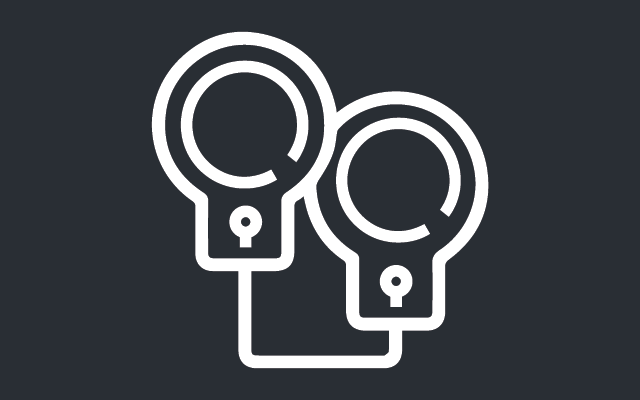 Can a lawyer ever overrule the client’s decision to plead innocent?

Robert McCoy was tried for the murders of three people related to his estranged wife. McCoy wanted to plead innocent.

McCoy’s lawyer thought McCoy was acting irrationally. For example, McCoy had a theory that law enforcement was framing him for the murders, and the lawyer did not believe it. The lawyer opted to plead guilty on McCoy’s behalf to try to save McCoy from getting the death penalty.

At trial, the lawyer opened by telling the jury that the evidence was so clearly against McCoy that it was obvious he was guilty. The lawyer tried to highlight that McCoy felt guilty about it, to try to steer the jury away from the death penalty.

McCoy got the death penalty.

McCoy, having never accepted the lawyer’s choice to plead guilty (not in pre-trial proceedings nor at trial) sought a new trial on this basis. He claimed that his counsel was ineffective by failing to respect his decision to plead innocent and to seek acquittal.

McCoy lost his motion to get a new trial, and he lost all appeals before this one. 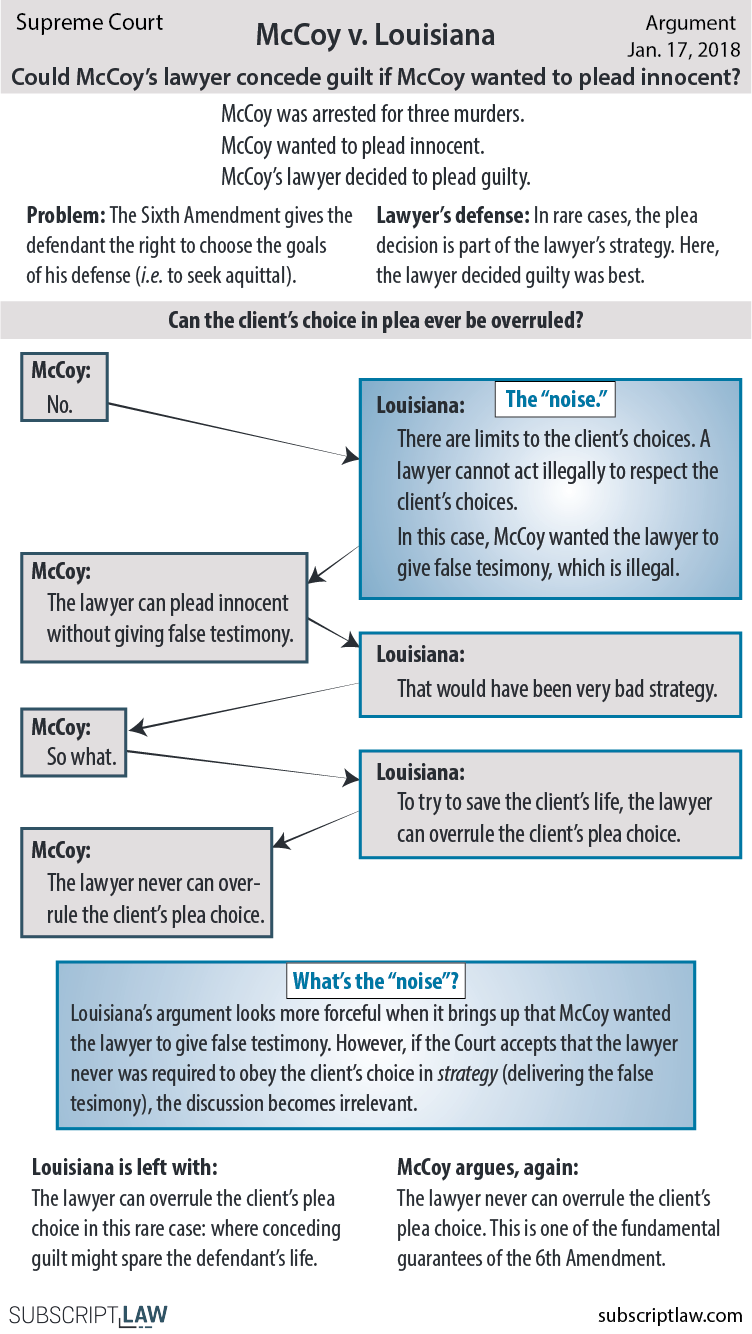 The Sixth Amendment says: “In all criminal prosecutions, the accused shall enjoy the right . . . to have the Assistance of Counsel for his defence.”

McCoy argues this includes the right to choose the goals of his defense. He points to Supreme Court precedent saying that the client controls the goals because “it is ‘[t]he defendant, and not his lawyer or the State, who will bear the personal consequences of a conviction,'” (citing Faretta v. California). Also supporting the client-controls-goals argument is a legal ethics rule which says “a lawyer shall abide by a client’s decisions concerning the objectives of the representation and … shall consult with the client as to the means by which they are to be pursued.” (Rule, 1.2(a), ABA Model Rules of Professional Conduct).

Louisiana argues that a legal plea, in certain cases, is an element of legal strategy, not legal goals. So even if the client generally can control the goals of the litigation, the lawyer can choose the strategy. In this case, the lawyer was not allowed to follow the client’s strategic choice to deliver false testimony (because the lawyer believed the testimony was false). Louisiana argues that, next, the lawyer had the right to overrule the client’s choice in plea because the plea was part of McCoy’s strategy to deliver false testimony. The lawyer chose to concede McCoy’s guilt, as part of the lawyer’s strategic options.

The “noise”: strategy vs. goals

In McCoy’s view, there simply is no excuse for the lawyer to take the plea decision into his own hands. That is never an option.

The plea is the goal of the litigation. The decisions on testimonies and how to argue are elements of strategy. In McCoy’s view, the client always has the right to control the goal, meaning the plea decision. That makes the argument above “noise” – an attempt to confuse strategy and goals.

If the Court sides with McCoy on this point, it does not matter that McCoy wanted the lawyer to give false testimony. The lawyer must then simply give any testimony that is not false (lawyer’s strategy), refuse to admit guilt (client’s goal), and require the prosecution to prove its case fully.

Could the lawyer have withdrawn?

The legal ethics rules contemplate situations where the lawyer and the client just do not get along. ABA Rule 1.16 says the lawyer “shall withdraw” if the representation will result in a violation of the law. Why did the lawyer not withdraw in this case? Early on, when the lawyer first started representing McCoy, the lawyer requested an extension on a filing. When the judge granted it, the judge had the lawyer agree that he would not withdraw.

It is unclear whether this was a sound agreement and whether that agreement would overrule the lawyer’s ethical obligation to withdraw upon McCoy’s insistence to deliver false testimony. The American Bar Association, however, delivered a brief in the case telling the Court that the lawyer always has the option to withdraw.

Two other death penalty cases of this term

See our argument explainers on:

See a recent “summary decision” in a death penalty case: