Marinello evaded taxes to the extreme, but that does not make him liable for the felony obstruction charge.

Marinello did such a drastic job of general tax evasion that the prosecutors wanted to get him on a more extreme charge, but the Supreme Court would not allow it.

Marinello owned a freight company and didn’t pay taxes for many years. He just didn’t. He also didn’t keep his receipts, and he used business income for personal expenses.

The tax laws gave the prosecutors 8 misdemeanors to apply. But that didn’t seem good enough.

The government landed on a felony tax obstruction provision. In the provision’s early form, it was meant for people who physically threaten a tax collector. That stuff doesn’t happen as much anymore, and in 1954 the provision was amended to include a broader set of conduct for those who intend to obstruct tax collection.

But what qualifies as obstruction?

Marinello was generally evading, so he intended to avoid paying his taxes. But was he intending to obstruct the administration of the tax code in the way the provision describes?

The government argued yes. But Marinello maintained that the felony provision was only meant for people who knew about specific collection activities and were acting with the specific intent to obstruct them. This contrasts with Marinello’s general intent to evade taxes.

The Supreme Court sided with Marinello. The Court said, when the provision says “obstruct,” the word implies an object (in the grammatical sense). Marinello would have had to be obstructing something specific – a specific legal proceeding or collection activity. The Court ruled that just knowing the IRS would be reviewing your tax returns yearly, or that you could be subject to an audit did not count.

Marinello cannot face charges under the felony tax provision because the government could not prove Marinello knew about any specific collection efforts against him. 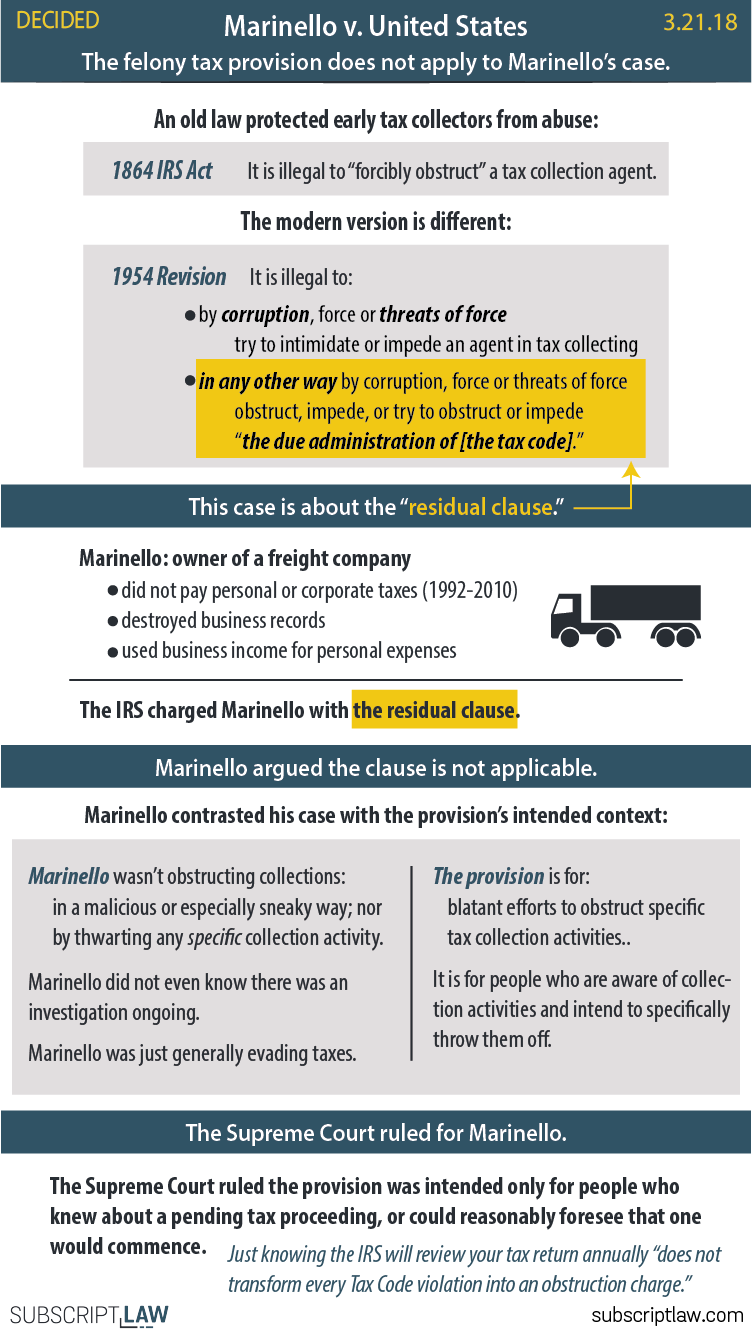