The Supreme Court is asked to distinguish fraud from sneaky behavior when it comes to bankruptcy law.

Appling hired the law firm Lamar, Archer and Cofrin to represent him in a business dispute. As the legal fees mounted, Appling started to fall behind. When the lawyers approached him to pay and threatened to quit representing him, Appling told them not to worry. He said he was expecting a tax refund of about $100,000, which would enable him to pay the law firm. Appling got his refund. It was more like $60,000. He didn’t use it to pay Lamar, Archer and Cofrin.

The following year, the law firm billed Appling over $60,000 and he never paid. The firm sued Appling and the firm was awarded over $100,000. Three months later, Appling filed for bankruptcy.

In this case, the law firm argues Appling committed fraud, and Appling argues the bankruptcy code doesn’t characterize his behavior as fraud. When considering the type of immoral action bankruptcy law won’t tolerate, the code makes an exception for “[oral] false statements [relating to] the debtor’s financial condition.” The code was trying to distinguish (and allow) less-formal, generalized statements that perhaps could have been questioned, like “I have so much money that of course I’ll pay” from the specific obviously fraudulent direct lies, like writing on a loan application that you make $200,000 annually when you really don’t have a job.

Appling’s statement was somewhat specific (it related to one asset in particular – a tax refund), but it was orally-stated and perhaps will qualify under the exception to fraud.

Question to the court 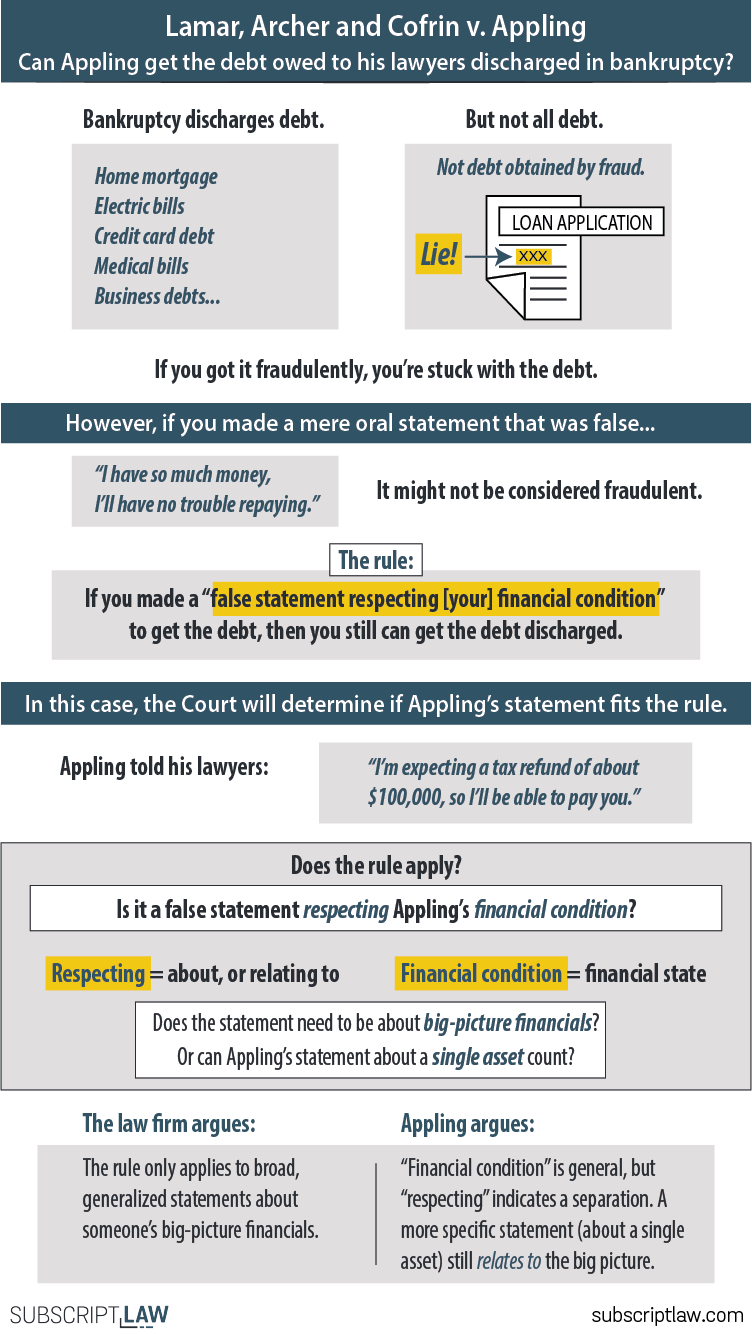