The Supreme Court limited what types of oral statements are considered fraud for purposes of bankruptcy discharge.

The bankruptcy code doesn’t reward fraud. So if you file for bankruptcy, you won’t be able to get discharged any debt that you incurred fraudulently. Sounds obvious. But what’s considered fraud?

The debtor in this case (Appling) had accrued some law firm debt. At some point before getting more services, he told the law firm (Lamar, Archer & Cofrin) he’d be able to repay. He said he expected a tax refund of around $100,000, so no problem. Turns out, his tax refund wasn’t near that.

Did the law firm have a right to rely on Appling’s oral statement? Because at that point, Lamar continued to give Appling legal services, so either the services were incurred through fraud or they weren’t.

The bankruptcy code says that oral statements “respecting” the debtor’s “financial condition” are not fraud. They are more unreliable than when you put something in writing.

Appling, however, said no way. The oral statement I made was just talk. It was an oral statement “respecting” my financial condition. It just happened to be about a single asset (my tax refund). But that doesn’t make it fraudulent.

The Supreme Court agreed with Appling. The broader interpretation wins. See the Court’s ruling for the statutory analysis written by Sotomayor. The syllabus might get you what you need. 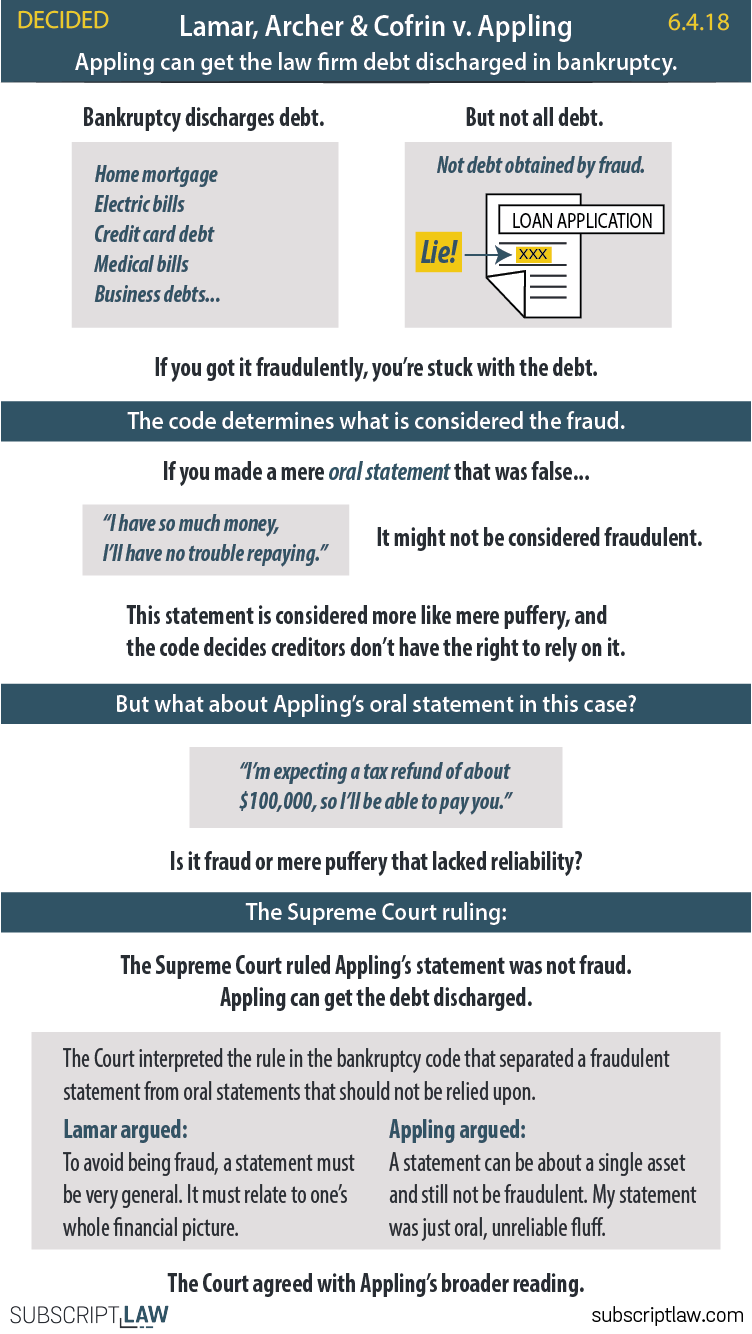