The Fifth Amendment’s Double Jeopardy clause protects us from being tried for the “same offense” twice. The prosecution can’t take one stab, fail to convict you, then get a do-over. It wouldn’t be fair.

In this case, the government got a do-over on the facts. But the Court ruled the case did not violate Double Jeopardy.

As the infographic describes, Currier faced three separate charges for his alleged involvement with a theft. Currier made a strategic choice to separate the prosecution of his case into two trials. In each trial, the jury had to decide whether Currier was involved with the crime. But the two trials served different purposes (to determine guilt for different charges), so they weren’t exactly for the same “offense.”

Strategic choice was the difference

While the case may look like Double Jeopardy in some ways, the Court ruled that Currier’s case was different. Currier got two trials because of a choice he made – not because the government was trying to take a second stab. Maybe they did get a second stab, but this case is not what the Double Jeopardy clause is about.

For a heavier discussion of the case, see SCOTUSblog’s Opinion Analysis. 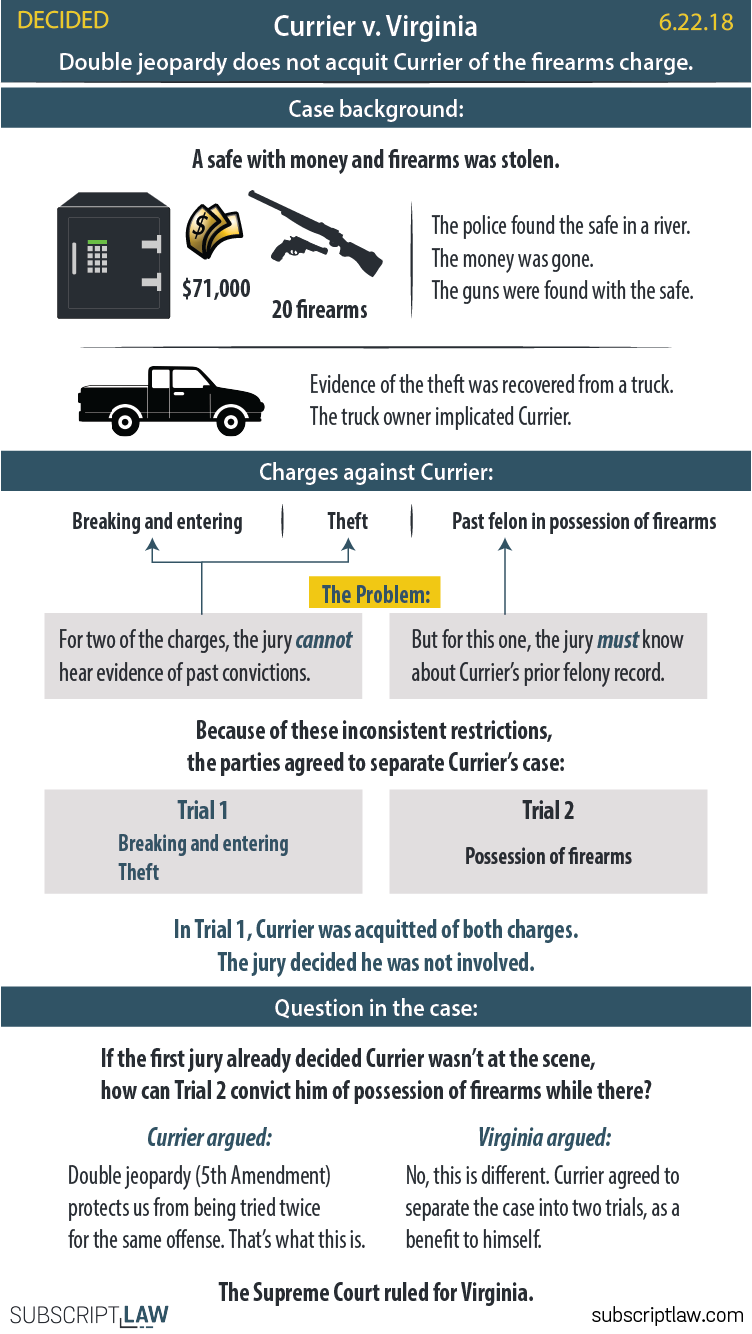