The Supreme Court describes an order of operations that you won’t learn in algebra class.

China Agritech faced a series of class action litigations, the third of which – brought by Resh – is at issue here. The Supreme Court had to decide if Resh’s case could take advantage of a tolling rule (a rule allowing more time to file a case). Otherwise, the case was filed too late and must be dismissed.

The issues behind the three class action cases were all the same. A market research company had reported that the company had made grossly inflated statements of its revenue and value in a public filing. Shareholders can bring lawsuits if they lose money because the company misled them. So several groups of shareholders tried. The first class action didn’t work out, and neither did the second (it’s hard to get class actions off the ground).

So here came the third. But unfortunately the “statute of limitations” had already run out. Resh wanted to file after the time deadline because he said the American Pipe tolling rule applies to his case.

The Supreme Court created the “tolling” rule in a 1974 case, American Pipe and Construction Co. v. Utah. The rule is meant to encourage class actions.

As the infographic explains, the class action mechanism helps courts save time and money. Courts would rather review one big case (a bunch of cases consolidated) on the same issue than 100 small (individual) cases. Class actions save the resources of the courts and of the parties.

The order of operations

The Supreme Court ruled against Resh. The court said there’s an order of things, when it comes to saving the courts’ resources. The idea is to let the class actions go first. Give them a full shot. That’s why the American Pipe rule lets the individual claims wait. Class claims though – as already said – are supposed to go earlier. So the courts will not encourage class claims to be filed later. The American Pipe rule does not apply to them. Thus, it doesn’t apply to Resh’s case. Resh’s case was filed too late. 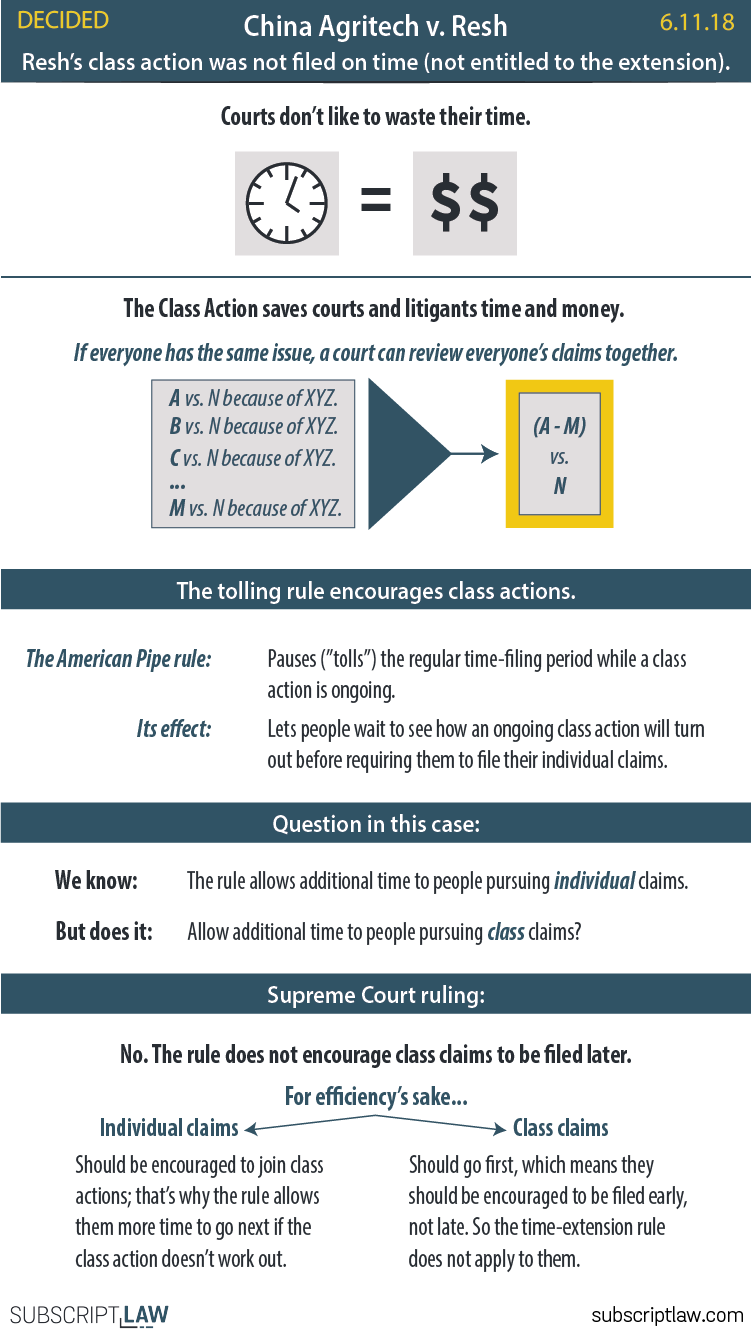