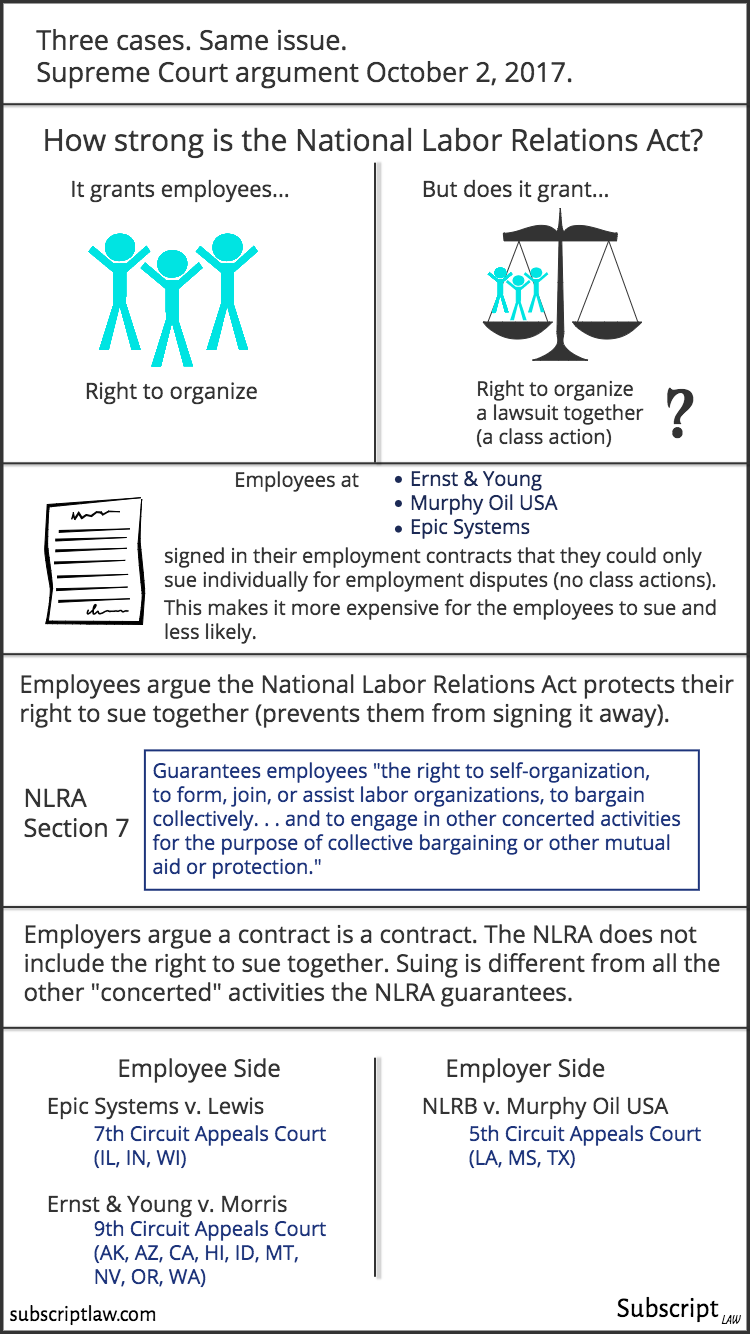 This case has been decided

The Supreme Court has combined three cases that it will be hearing on the opening day of the October 2017 term. They all have the same issue. When you sign an employment contract, do you read the fine print?

If you don’t, it’s probably not because you’re negligent. More likely, it’s that you don’t have a choice. You need a job!

In many companies, the fine print says that you can’t sue your employer in a regular court.

You have to take your dispute to arbitration. Sometimes, the “arbitration clause,” in addition, says that you can only sue individually. That means you can’t ever bring a class action.

For the employer, that means fewer lawsuits.

It’s too costly for an individual to pay for the lawsuit on her own.

Can employees sign away their rights to bring class action lawsuits?

Employees in these cases argue that a federal act, the National Labor Relations Act, prevents that.

In deciding the case, the Court will be considering a couple arguments:

The latter argument is an important issue of federal law: administrative deference. In fact, the issue even appears in one of our Travel Ban explainers.

Stay tuned for graphics taking you deeper into the argument.