Washington State tried to tax a Yakama fuel trucker, but the United States waived that right by treaty.

Court Below: Supreme Court of Washington 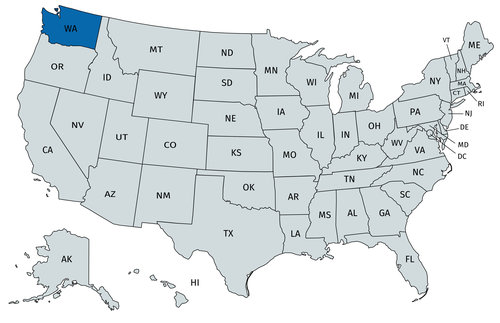 How do we adapt centuries-old treaties to modern contexts? In this case, the Supreme Court evaluated an Indian treaty from 1855 and sided with the Yakama Tribe on how to interpret it. The Supreme Court ruled the federal treaty “preempted” Washington State’s tax law, and as a result, the Yakama company is not subject to Washington’s fuel tax.

Cougar Den, a Yakama fuel-importer brought fuel from Oregon into the Yakama Reservation to sell at tribal gas stations. Cougar Den did so without an importer’s license and refused to pay Washington’s fuel tax bill for non-licensed importers. Cougar Den challenged the tax as inconsistent with the 1855 Yakama Treaty with the United States.

The 1855 Yakama Treaty prohibits state restrictions on tribe members’ rights to travel in the state. Cougar Den and the Yakama Nation argued that taxing tribe members’ importation of fuel violates the agreement. Washington said the fuel tax has nothing to do with travel, only fuel importation and possession. The state defended, saying the tax is no different than trying to regulate the importation of any other good into the state, such as diseased apples, which would be permitted.

Generally, state governments may not reach into Indian reservations unless Congress permits it. This includes most forms of taxation that fall upon Tribal members or their property. Off-reservation, taxes and other state regulations apply as they would to non-Tribal citizens. However, some Tribes negotiated for off-reservation privileges as part of their treaty rights.

The treaties signed in pre-statehood Washington contained extensive rights intended to permanently preserve most tribes’ ability to continue traditional ways of life, most notably, fishing. In exchange, the tribes gave up significant amounts of their homelands for American settlement.

United States treaties with Indian Tribes are federal law. The U.S. Constitution ordains that federal law prevails in any conflicts between state and federal law (“federal preemption” of state law). Thus, if a treaty conflicts with a state law, the terms of the treaty rule.

At issue here is Article III of the 1855 Yakama Treaty, which among other things, reserves the “right, in common with citizens of the United States, to travel upon all public highways.” Only the Yakama Nation and the Nez Perce Nation treaties have these “right to travel” provisions, and the Yakama maintains this gives them a right to travel and transport goods free of restrictions. Washington state claims this only means they have the same rights as other citizens, and even if such a right exists, this tax does not implicate travel – only possession.

So which interpretation prevails? The Court uses interpretive rules to resolve ambiguous treaty language, by looking at how the Tribe would have understood the rights to mean when they agreed to the treaty. The Court tackled this issue in the early 20th century with regards to fishing rights treaties, which used the same “in common” phrasing. The Court held in United States v. Winans (1905) that the treaty reserved the right to collect fish in traditional fishing areas free from burden (taxes, licensing, trespassing restrictions) by the state or private property owners.

The Supreme Court sided with Cougar Den on interpreting the Yakama Treaty. Five Justices agreed that the Washington fuel tax violates the Yakama Treaty, but the Justices were split into two opinions as they explained why (a plurality opinion of 3 Justices and a concurrence written by Gorsuch and joined by Ginsburg). Both opinions relied on the time-honored standard of interpreting Indian treaties which says that the treaty language should be interpreted in the way the Indian tribes would have interpreted it at the time of signing.

In siding with Cougar Den, the plurality and concurring opinions focused on the historical and cultural significance of travel to the Yakama and Nez Perce, specifically the ability to bring goods to market.

The plurality opinion relied on a technical difference that the concurring opinion did not. The plurality decided to follow the lower court’s (Washington Supreme Court’s) ruling on the “incidence” of the tax: that taxing the importation of fuel is in essence a tax on transportation of fuel. Acknowledging that the tax was a transportation tax, the plurality then looked to how the Yakama would have understood the treaty at the time. The Yakama understood that their trading network on trading routes was essential to their way of life, and they sought to protect that by treaty. Since the tax only occurred upon entry by public highway, Washington taxed the Yakama for exercising that treaty right of travel. Thus, the tax was incompatible with the treaty as a burden on that right.

The concurring opinion followed much of the same reasoning on how the treaty language should be interpreted, noting, for example, that the historical record demonstrates how steep a price the Yakama paid for the relatively small promises the United States gave in return. One such promise was the ability to continue bringing goods to and from market without any restrictions – including this fuel tax. Considering what Washington gained from the 1855 Yakama Treaty, the cost to the state of not taxing transactions like these was indeed quite small. Thus, the concurrence concluded, the state cannot tax the Yakamas trying to bring their goods to market. Gorsuch did, however, explain that states can still place some restrictions on transporting goods, such as for public safety reasons.

For more information, including a discussion of the dissents, see SCOTUSblog’s Opinion Analysis. 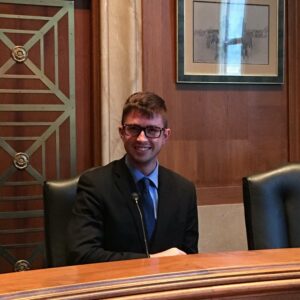