Court Below: Supreme Court of Indiana 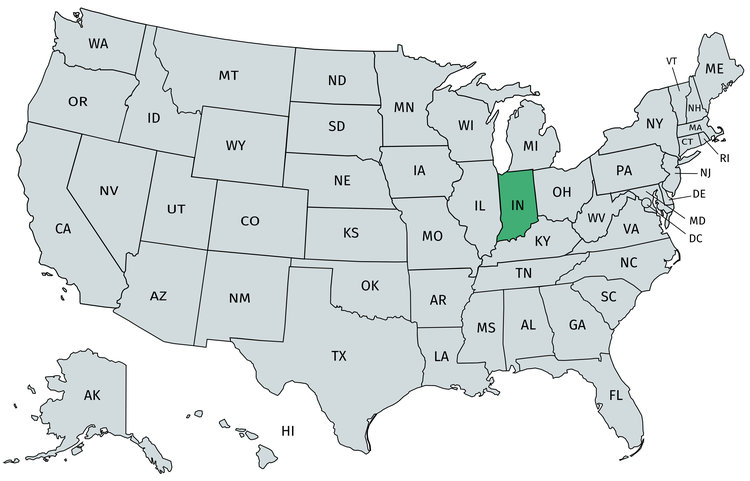 Tyson Timbs pleaded guilty in Indiana state court to selling drugs and to conspiracy for theft. The state of Indiana seized his Land Rover at the time of the arrest and sought to keep it as payment for Timbs’ fines. The state said Timbs had used the vehicle to transport heroin.

Excessive bail shall not be required, nor excessive fines imposed, nor cruel and unusual punishments inflicted.

On appeal, however, the Indiana Supreme Court ruled the “Excessive Fines Clause” only applies to the federal government. The Supreme Court took the case to clarify if states are also bound. It turns out, they are.

The 14th Amendment was passed shortly after the Civil War. It prohibited States from “depriv[ing] any person of life, liberty, or property, without due process of law. “Due process”is a loaded legal term. And in the 14th Amendment, it’s especially loaded.

In the years following the Civil War, it became clear that states would need similar civil rights boundaries as the federal government. The Supreme Court started “incorporating” certain provisions of the Bill of Rights through the “due process” phrasing of the 14th Amendment. In other words, when the 14th Amendment says states can’t cheat people without “due process of law,” that includes (incorporates) certain provisions of the Bill of Rights. But not all provisions. The provisions that apply to the states have been selectively incorporated over time. Here is a list from Cornell’s LII of the ones that are incorporated.

This specific provision — the Excessive Fines Clause” of the Eighth Amendment — hadn’t been incorporated yet. Until this case.

In this case, the Supreme Court told us which provisions of the Bill of Rights are “incorporated.” If the right is “fundamental to our scheme of ordered liberty,” then it applies to the states.

The Court ruled the Excessive Fines Clause applies to the states.

Justice Ginsburg, writing for eight members of the Court, described how traces of the principle against excessive fines dated back as far as the Magna Carta (1215) and appeared often throughout our nation’s history. By 1787, eight of the states had an excessive fines prohibition in their state constitutions and by the time the 14th Amendment was passed in 1868, 35 of 37 states included the protection.

Given the history of the protection and the abuses of liberty it serves to protect, the Excessive Fines Clause must be incorporated through the 14th Amendment to apply to the states.

Controversy over the Due Process Clause

Justice Thomas concurred in the result but wrote a separate opinion to say that it’s not the “due process” clause of the 14th Amendment that makes the Excessive Fines Clause apply to the states. In Thomas’ opinion, it’s a different part of the 14th Amendment, the “privileges and immunities clause.” Thomas’ opinion points to the controversy over the Court’s use of the phrasing “due process” to carry substantive rights. See our report on Substantive Due Process for more on this controversy.