The Constitution grants the three branches of government separate powers. Article I grants power to the legislature; Article II to the executive; and Article III to the judiciary.

The framers set out different responsibilities for each branch, which means each branch should not encroach on the responsibilities of the other branches. This scheme establishes a system of checks and balances, where no one branch has too much power.

Standing comes from the “case or controversy” requirement

“Standing” is a requirement within Article III, which grants the judicial powers. The judicial branch – federal courts – can only hear “cases or controversies.”

That means, for one, that a court cannot issue an advisory opinion. A federal court opinion cannot merely state a rule or a legal interpretation without having a case (i.e. two opposing parties) that brought the issue. The dispute must be a real “case or controversy.”

The “case or controversy” language in Article III also requires that a plaintiff has “standing.” In other words, a party who brings a lawsuit must have a real stake in the outcome of the case. She must stand in the proper position to bring the lawsuit.

Two simple case examples illustrate standing. Suppose my neighbor and I signed a contract stating that I will mow his lawn every other Saturday and he will pay me $25. The neighbor doesn’t pay, and I want to sue. I have standing because I have a real issue and a valid legal right under the contract. My cousin does not have standing to sue on my lawn-mowing contract. He doesn’t have anything to do with the legal right or with the injury.

Here’s another example. Suppose you get into a car accident and end up with a broken arm. You sue the driver of the other car. You have standing because you were injured as a result of the other driver’s negligence. Your best friend cannot sue, and your mother in law cannot sue; unless one of them was in the car and claims her own injuries.

Standing gets complicated in more complex cases. Consider again the lawn-mowing example. Suppose the neighborhood association requires everyone to keep their lawns nicely manicured. And the HOA contract says that the purpose is to keep the neighborhood beautiful for everyone in the community.

It’s been five weeks now since you haven’t mowed the neighbor’s lawn because he hasn’t been paying. The guy down the street is upset about it. He hates overgrown lawns. He says HE has the right to sue because, under the HOA contract, he is a beneficiary of mowed lawns in the neighborhood. Does he?

The Supreme Court has set boundaries on standing. What type of injury is required for someone to have federal court, or Article III, standing?

In a 1992 case, Lujan v. Defenders of Wildlife, the Supreme Court clarified one important rule of the standing doctrine: To have standing, a plaintiff must state more than a mere “generalized grievance” about the proper application of the Constitution and laws. In other words, a plaintiff cannot seek relief which “no more directly and tangibly benefits him than it does the public at large.”

In Supreme Court precedent, the concept evolved into a requirement that a plaintiff must have a “concrete and particularized” injury.

Article III standing issues come into play with environmental impact cases. In Lujan, for example, the plaintiffs challenged the executive branch’s right to limit an environmental protection requirement to the geographic boundaries of the country. An earlier agency rule applied the protection to actions the government took in foreign nations, and the plaintiffs sued to keep the earlier rule in place. The plaintiffs alleged standing based on claims that they planned to visit foreign nations and view the wildlife species that may be harmed as a result of the new agency rule.

The Court said that, although being able to enjoy wildlife is a concrete interest, in this case, the injury is not particular enough to the plaintiffs. Everyone can claim the same interests, and it’s not good enough for Article III standing.

In 1972, 20 years before Lujan, the Supreme Court denied standing in Sierra Club v. Morton for similar reasons as in Lujan. An environmental organization, the Sierra Club, sought to block the development of a Walt Disney ski resort based on the environmental impact of the construction projects. In denying standing, the Court said the Sierra Club had not alleged that the injuries caused by the construction projects would affect it or its members particularly:

The alleged injury will be felt directly only by those who use Mineral King and Sequoia National Park, and for whom the aesthetic and recreational values of the area will be lessened by the highway and ski resort. The Sierra Club failed to allege that it or its members would be affected in any of their activities or pastimes by the Disney development.

A Supreme Court case from 2020 shows how plaintiffs now position themselves for standing in environmental impact cases. In Atlantic Coast Pipeline v. Cowpasture River Preservation Association, several environmental organizations sought to stop construction of the Atlantic Coast Pipeline based on the pipeline project’s environmental impact. The organizations are tied specifically to the surrounding area, or the area to be affected by the construction projects. That way, the plaintiffs have a concrete and particularized interest, or stake, in the case, worthy of Article III standing.

Explaining the ban on generalized grievances in taxpayer suits

When the Supreme Court decided Lujan, the majority opinion clarified the ban on generalized grievances through earlier denials of standing in “taxpayer suits.” In short, a person cannot bring a case if she is merely complaining about how the law is administered but without any particular connection to the harm.

To illustrate, the court noted that it denied standing in Massachusetts v. Mellon (1923), where a citizen sought to challenge the propriety of certain federal expenditures. The Court also denied standing in United States v. Richardson (1974), in which a taxpayer challenged the government’s refusal to disclose the expenditures of the CIA, allegedly in violation of the Constitution.

The theory in taxpayer suits is that the plaintiff, as a taxpayer, is justified in protecting the validity of government expenditures, or public disclosures of government expenditures, because the plaintiff contributes to the government’s funds through paying taxes. The Supreme Court has clarified, though, that Article III does not allow suits to challenge government spending or actions related to spending, just by virtue of paying taxes. The taxpayer is merely asserting a generalized grievance, not a real case particular to her.

In a controversial 2007 ruling, the Supreme Court held the State of Massachusetts had standing in an environmental impact case. In Massachusetts v. EPA, Massachusetts and several other states brought suit against the EPA for failing to regulate greenhouse gasses, which they claimed was contrary to requirements in the Clean Air Act. The Court determined Massachusetts had standing due to its “stake in protecting its quasi-sovereign interests,” a stake which is more particular than one that private individuals would have in the same context.

Standing is often an issue of contention in civil rights cases because plaintiffs in civil rights cases seek to change a law or policy affecting a large number of people. The standing question is thus: is this plaintiff (or set of plaintiffs) the right party to bring the case? Does this party have a “concrete and particularized” injury that she is seeking to have redressed in the case?

For example, the Supreme Court ruled against plaintiffs’ standing in a 2008 case where the plaintiffs sought to challenge the reversal of a state legislative amendment (Hollingsworth v. Perry). The State of California had passed an amendment to overturn the legalization of same-sex marriage (“Proposition 8”), and then a federal district court invalidated the amendment, reinstating the legality of same-sex marriage. When the State of California decided not to appeal the case, some private parties stepped in seeking to defend the amendment. However the Supreme Court determined that the Plaintiff’s did not have standing. They only had a generalized grievance in the case, which was their desire to defend Proposition 8, rather than a concrete and particularized injury that Article III requires.

In November 2020, the Court heard arguments in California v. Texas, where a group of individuals and states challenged the constitutionality of the Affordable Care Act. The plaintiffs claimed they stand to be injured by the Act’s Individual Mandate, even after a federal law eliminated the tax penalty for individuals who did not purchase insurance.

In other words, the plaintiffs argued they are harmed by a law, even though the law imposes no penalty for not following it. The plaintiffs don’t face any economic injury for failing to purchase insurance, yet they argued they faced economic injuries because they felt obligated to purchase insurance; so the cost of the insurance they are “forced” to buy is their “concrete and particular” injury.

In the same case, the group of states alleged standing differently because the Individual Mandate affects them differently. The plaintiff-states argued they are injured as employers who are forced to pay for insurance for their employees. The Supreme Court will address standing for both sets of plaintiffs in the October 2020 term.

Is an injury “concrete” for Article III standing?

The Supreme Court fleshed out the “concrete” aspect of the injury requirement in a 2016 case, Spokeo v. Robins. Spokeo runs a website that provides individuals’ information to the public, such as marital status, age, occupation, and contact information. The plaintiff, Robins, claimed Spokeo offered incorrect information about him, and he sought relief under the Fair Credit Reporting Act (FCRA). The Supreme Court questioned whether Robins had properly alleged a “concrete” injury. If Spokeo’s incorrect information caused Robins to lose out on a job offer, then his injury is concrete. On the other hand, if Spokeo merely provided the wrong zipcode for Robins, “[i]t is difficult to imagine how [that], without more, could work any concrete harm.”

The Court did mention, however, that an injury need not be tangible to be “concrete.” Lawsuits based on deprivations of First Amendment rights may not be tangible, but the Court has considered them concrete for standing purposes.

Further, the Court noted, a harm which is hard to recognize may still qualify as concrete. The law recognizes per se injuries such as harm from slander, without having to prove the effects of the slander (Spokeo, citing Restatement (First) of Torts §570). The Court also has considered the “failure to obtain information” as an injury in and of itself in certain circumstances (id., citing Federal Election Comm’n v. Akins (1998) and Public Citizen v. Department of Justice (1989)).

Standing is a complex and important issue in many types of legal cases, from everyday contracts disputes to systemic impact cases. In addition to the “concrete and particular” injury requirement, standing also requires (a) that the injury was caused by the defendant’s actions (causation) and (b) that the court will be able to “redress” the plaintiff’s injury (redressability). 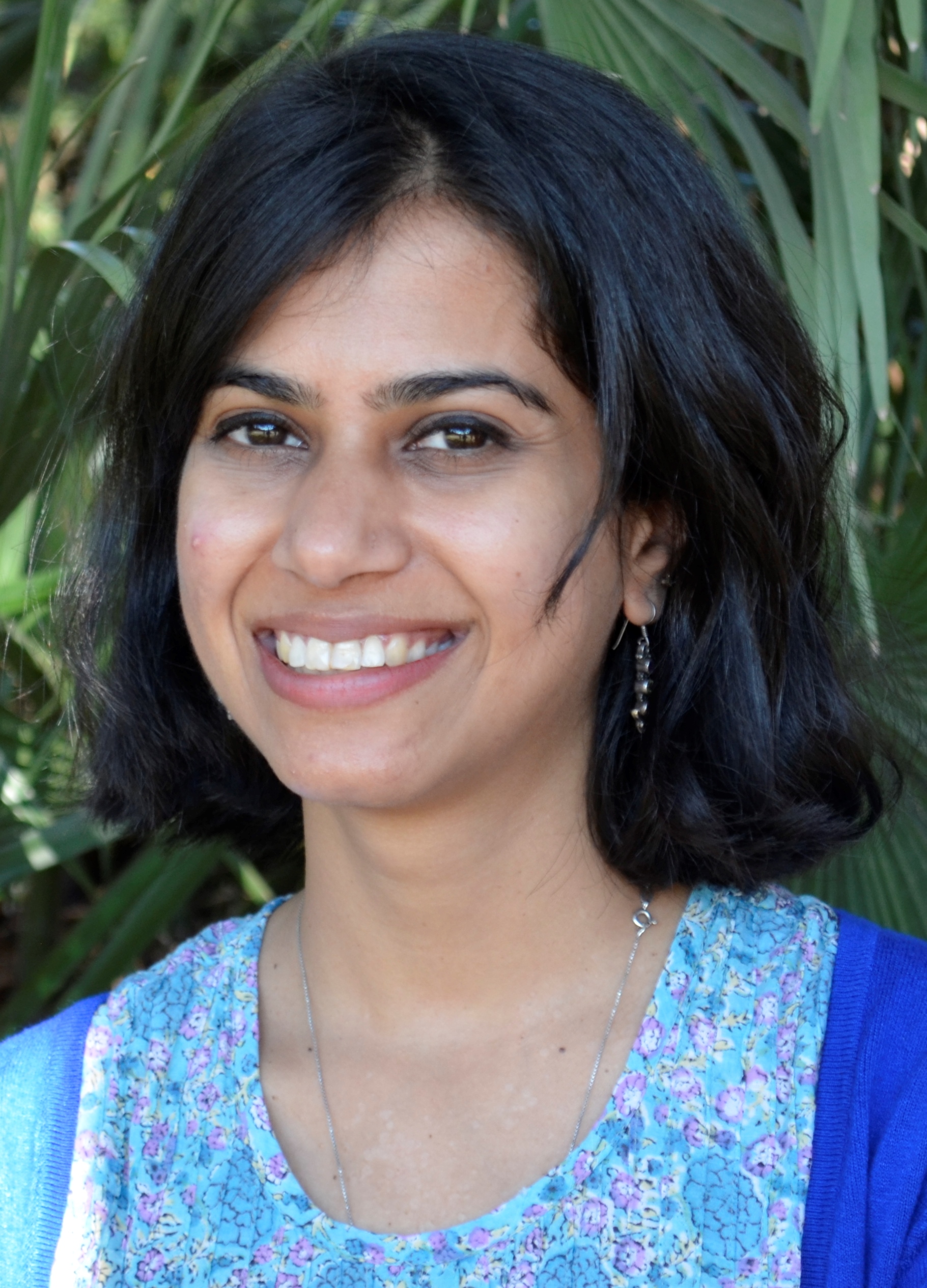 Aishani is trained as a lawyer and enjoys researching and writing about a wide variety of issues.

Aishani is trained as a lawyer and enjoys researching and writing about a wide variety of issues.