The Supreme Court corrects the Fifth Circuit’s rule on when to fix a judge’s mistake.

In this case, a judge made a calculation error. When a judge’s mistake is serious enough, a court needs to fix it. But not all judicial mistakes deserve the adjustment.

In this case, the Supreme Court had to clarify its rule on when a judge’s mistake is serious enough that it needs to be fixed.

Rosales-Mireles was convicted of illegal re-entry into the country. When determining the punishment, the judge first had to calculate the sentencing range. But oops – the judge double-counted a prior conviction. The judge used a sentencing range of 77-96 months in prison, instead of the real range: 70-87 months.

The judge sentenced Rosales-Mireles to 78 months in prison. (That’s within the actual range, too).

Was the mistake serious enough?

The Supreme Court’s rule, from a 1993 case, U.S. v. Olano, said the court should fix the error if it “seriously affects the fairness, integrity, or public reputation of judicial proceedings.”

The Fifth Circuit – purporting to use the same standard – restated it. The Fifth Circuit said that when a mistake is serious (in the meaning of the Olano rule), it’s one that would “shock the conscience of the common man.”

But that’s not the same!

Rosales-Mireles said the Fifth Circuit’s “shock the conscience” restatement of the rule changed it.

No, it’s not. The Supreme Court agreed with Rosales-Mireles. The Fifth Circuit will have to reconsider Rosales-Mireles’ case with the Olano rule and not the “shocks the conscience” stuff. 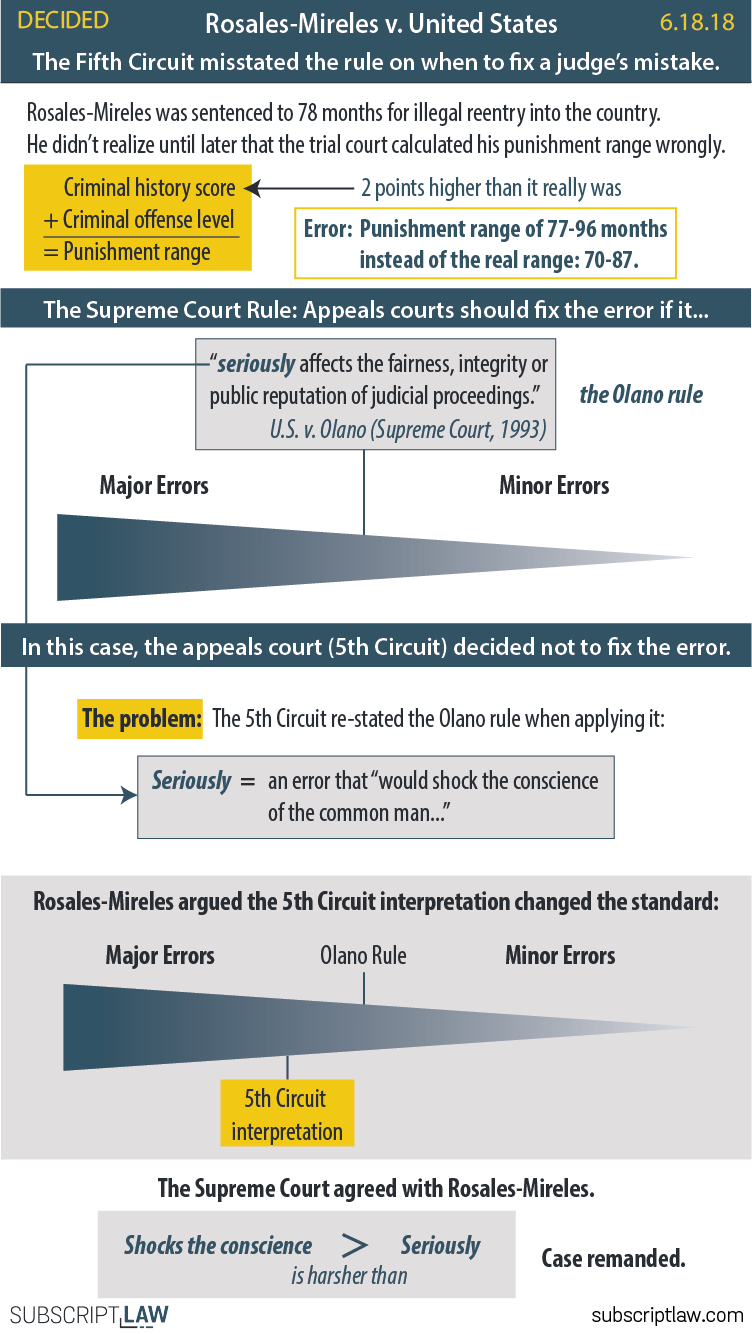