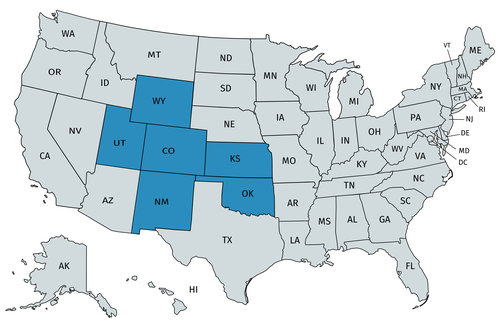 Dennis Obduskey got a home loan in 2007 and defaulted within a short time. By 2009, Wells Fargo owned the servicing rights and hired a law firm, McCarthy & Holthus, to seek foreclosure.

The firm sent Obduskey a letter saying that the firm intended to foreclose, and Obduskey sought certain protections based on federal law: the Fair Debt Collection Practices Act (FDCPA).

Is a nonjudicial foreclosure firm a “debt collector” under the FDCPA?

The FDCPA includes a general definition of “debt collector” that Obduskey said applies to McCarthy & Holthus. Basically, it says anyone in the business of collecting on debts — directly or indirectly — qualifies.

Sounds simple enough. McCarthy & Holthus is indirectly trying to collect on a debt. The firm seeks to foreclose to get money to satisfy a debt.

The Supreme Court ruled for McCarthy & Holthus. The general definition of debt collector isn’t for nonjudicial foreclosure firms. Those firms are only bound by the specific FDCPA provision relating to nonjudicial actions. The rest of the FDCPA’s limitations don’t apply, unfortunately for Obduskey. The Justices all agreed that a plain reading of the text justified the conclusion.

As Sotomayor wrote in her concurrence, the Court’s opinion “makes a coherent whole of a thorny section of statutory text.”

For more information on the parties’ arguments before the Court, see our Argument Explainer below.

Does the law firm seeking nonjudicial foreclosure have to abide by the federal fair debt collection law?

Dennis Obduskey got a home loan in 2007 and defaulted within a short time. By 2009, Wells Fargo owned the servicing rights and hired a law firm, McCarthy & Holthus, to seek foreclosure.

Obduskey’s case sets out the “simple” version: Yes, the firm is a debt collector. It was seeking to foreclose as a means to collecting debt. Furthermore, the letter that the law firm sent to Obduskey said that McCarthy “may be considered a debt collector attempting to collect a debt.” That’s a line that debt collectors bound by the FDCPA would send.

However, McCarthy & Holthus have a distinction to make. The firm sought a “nonjudicial” foreclosure. Many states have this type of foreclosure. It’s a streamlined process that allows for the creditor to make the sale of the home without going to court to get a judgement first. In fact, the loan contract includes an automatic right of sale in case of default.

As McCarthy notes, a nonjudicial foreclosure right gives the creditor a right in the property and not directly in the right against the person to collect the money. McCarthy was only trying to enforce this property right (in rem, as it’s called in the law) and not trying to collect on the debt, which is a right in personum.

Obduskey says this theoretical difference shouldn’t rise above the main point of the FDCPA – to provide protections for debtors at risk of abuse. Furthermore, the text of the FDCPA’s definition of debt collector includes people who are trying to collect a debt indirectly. That would cover this case of foreclosure-as-a-means-to-collecting.

McCarthy has a “federalism” argument on its side that the Supreme Court will likely address, particularly as it was brought up by both McCarthy and the U.S. government (in an amicus brief). In short, regulating private ownership of real property is a state government issue. The federal law should not be overriding how states choose to go about such processes. For more information on this argument, see SCOTUSblog’s Argument Preview.