Minnesota can ensure calm and peace in its voting places, but it can’t do it with an unworkable rule.

Free speech is an important value in this country. A state government or the federal government can limit our rights to free speech, but only with good reason. And even if the government has a good reason, it still must create a rule that is reasonable.

In this case, the Supreme Court declared that Minnesota, despite having a good reason to regulate speech in a voting place, had not done so with a reasonable rule.

The Minnesota law at issue in this case was one restricting people from wearing “political insignia” in voting places.

A couple of people (who were restricted from the voting place based on the Minnesota law) and a voting rights group sued the state to challenge the law. They said the rule was overbroad, or unreasonable because it restricted their speech too much. The challengers had to distinguish the Minnesota law from one the Supreme Court had already ruled valid (not a First Amendment violation). You can see that analysis here.

The Supreme Court ruling came down to the wording of the Minnesota law and the guidance that Minnesota provided to its election officials on how to enforce the law. According to Minnesota law, the state election judges were to use their discretion to decide when someone’s apparel violated the law. And the state had given the election judges some guidance, which included a few examples of what things are not allowed.

The Court decided that the wording of the law itself is too broad. And furthermore, the guidance provided to the judges did not help to clarify exactly what types of apparel should be banned. When a rule is indeterminate, it leads to erratic application and opportunity for abuse. With the indeterminacy of the Minnesota law, the Court said, election judges would be free to use their own judgments of what constitutes invalid political apparel. And that indeterminacy is unreasonable, so the law violates the First Amendment. 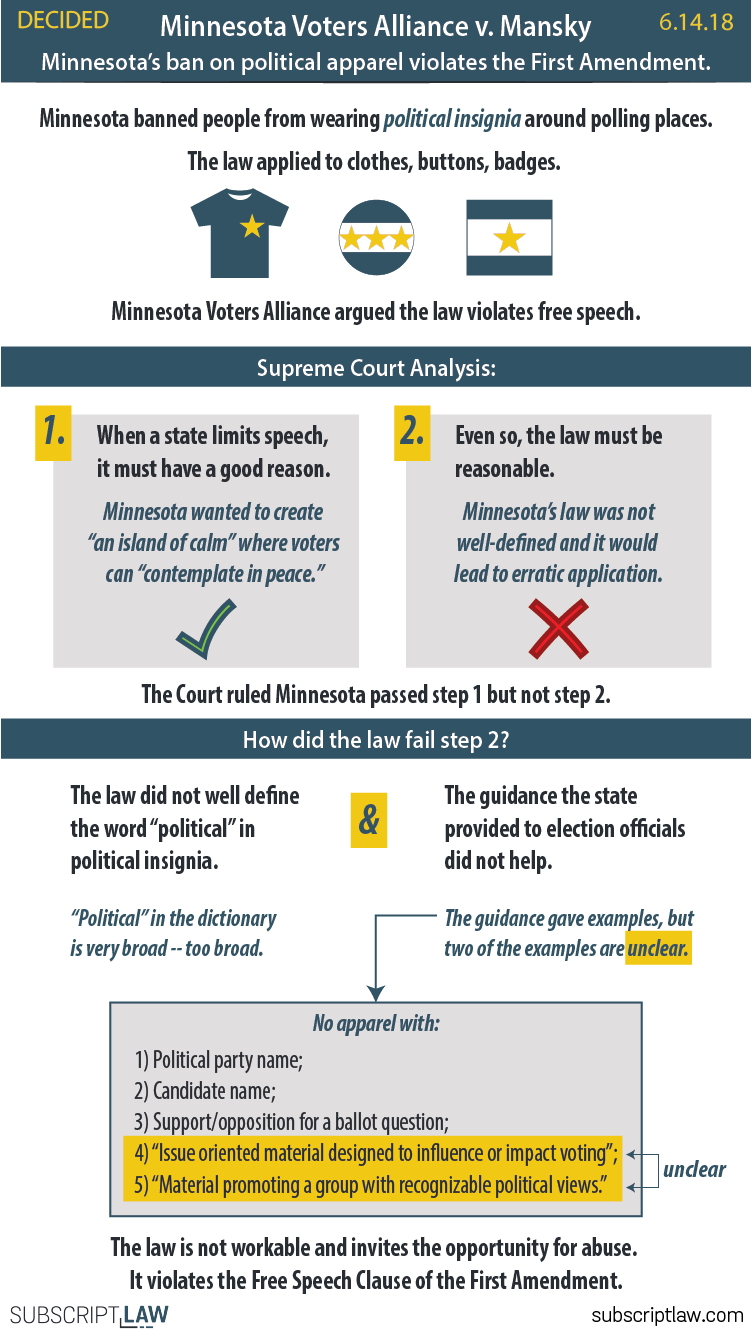