Court Below: The Circuit Court of Mobile County Alabama 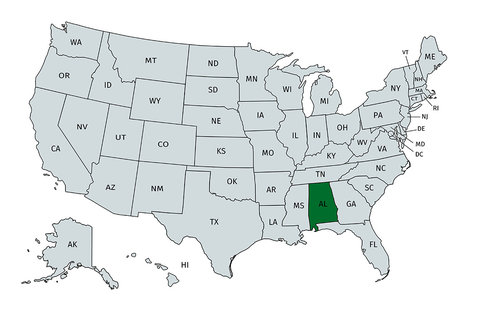 Vernon Madison was sentenced to death for shooting and killing a police officer from close range. The murder was over 30 years ago. During Madison’s time on death row, he suffered several strokes and has now been diagnosed with Vascular Dementia and Cognitive Impairment.

Madison requested relief from the death penalty due to his mental deficiencies. He presented testimony from a psychologist saying he can’t remember killing the police officer, nor “the sequence of events from the offense to his arrest to the trial or any of those details.” The trial court and the appeals court allowed the execution to go forward because Madison did not qualify as “insane” which would grant him Eighth Amendment protection.

The Supreme Court granted review to determine whether a person can be executed if he does not remember committing the offense for which he is being punished.

The Eighth Amendment does not allow someone to be executed if the person is considered “insane.” Criminal punishment must serve a retributive purpose. If a person cannot understand the sentence, then executing the person is not retributive.

The Supreme Court clarified the rule on “insanity” in a 2007 case (Panetti v. Quarterman). In Panetti, the Court said that a person who cannot “rationally understand” his execution cannot be executed. The person must understand the connection between his acts and the punishment. Put another way, the person cannot have an “incomprehension of why he has been singled out to die.”

In this case, the Court was asked if a person who cannot remember committing the crime qualifies.

Do you have an independent recollection of the Civil War? Obviously not. But you may still be able to reach a rational — indeed, a sophisticated — understanding of that conflict and its consequences. Do you recall your first day of school? Probably not. But if your mother told you years later that you were sent home for hitting a classmate, you would have no trouble grasping the story. And similarly, if you somehow blacked out a crime you committed, but later learned what you had done, you could well appreciate the State’s desire to impose a penalty.

Thus, the standard doesn’t necessarily relate to memory. Memory loss alone does not qualify someone for Eighth Amendment protection. However, memory loss could rise to the level of preventing “rational understanding.”

Madison is not suffering from psychosis or delusions. He suffers from dementia. When the lower courts ruled that Madison was not “insane,”  they mentioned this difference. That’s why the question to the Supreme Court was whether memory loss alone could qualify someone for relief.

It’s true, the Court said, that memory loss alone does not necessarily meet the Eighth Amendment standard. However, if the memory loss is so extreme that it causes someone to lack a “rational understanding” of the execution, then the Eighth Amendment would apply. Thus, a court must make a proper evaluation of the inmate’s type of dementia and whether it impairs rational understanding.

Justice Alito (with Thomas and Gorsuch) dissented from the Court’s decision to return the case for further evaluation of Madison’s dementia. They agreed that a person could be executed without remembering doing the crime, but they would have just affirmed the lower courts. The dissenters believe the lower court had done the proper “rational understanding” evaluation already.