Lozman will have a chance to prove he was arrested for speaking out.

Lozman started complaining at city council meetings. He even filed a lawsuit against the City Council’s process in trying to approve the redevelopment.

At a later council meeting, Lozman was speaking during the regularly-scheduled public comment period about public corruption in the City. One of the councilmembers tried to cut him off and then requested an officer to escort Lozman out. Lozman was arrested.

Arrested for the wrong reason?

Lozman claimed the City Council had a grand scheme against him. They didn’t like his speaking out over the course of many months, and they planned retaliatory action against him. It resulted in Lozman’s arrest.

But by the time Lozman was arrested, the officer had probable cause to arrest him. At least, the parties don’t dispute that. Lozman says, however, that it doesn’t matter. He was actually arrested as part of the City’s official policy of retaliation.

The Supreme Court agreed to decide whether the existence of probable cause invalidates Lozman’s claim for retaliatory arrest.

The Court ruled for Lozman. The Justices (aside from the lone dissenter, Thomas) noted the particular nature of Lozman’s claim. View the infographic for the distinction that made the difference.

In dissent, Justice Thomas said Lozman should have had to prove the absence of probable cause before he could have a claim for retaliatory arrest. 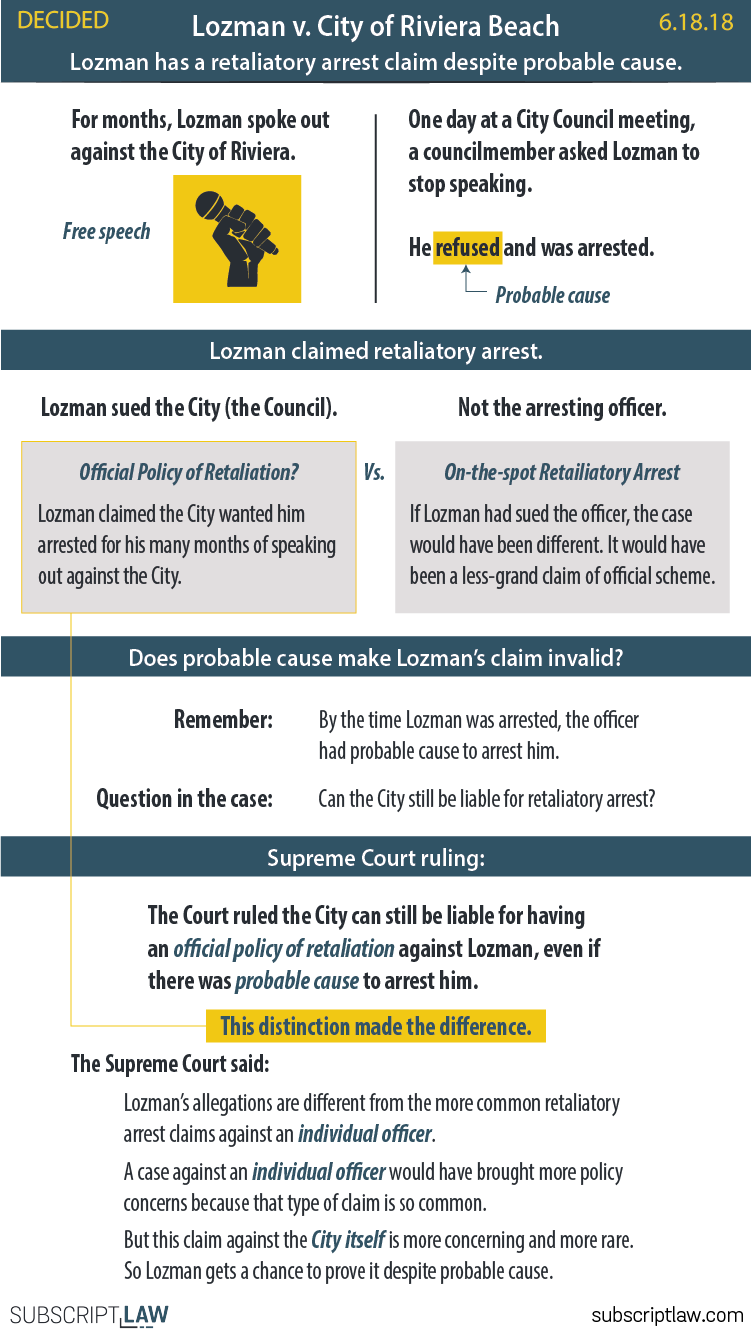