A Pennsylvania landowner fights to stay in federal court as she tries to keep the public off of her property. 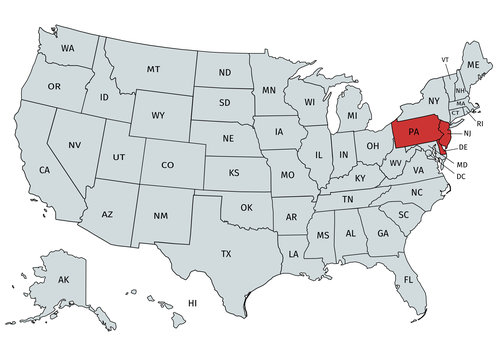 In 2012, the Township of Scott, PA passed an ordinance saying that all cemeteries, public or private, big or small, must be kept open to the public. Soon after that, town officials took the liberty of going onto private land owned by Knick, found what they believed to be gravestones, labeled a small plot a cemetery, and told Knick she had to grant public access during daytime hours.Knick says: First of all, the town had no right to be on my property; the property doesn’t even have a cemetery; and even if the town thinks it can have access, the town has to pay for it! The Fifth Amendment says that the government cannot take private property without providing “just compensation.”

The underlying question in Knick’s litigation is whether the town is trying to “take” her land so that it must pay for it. But she’s not quite there yet. First, she has to claim she has the right to sue in federal court. Otherwise, she may end up going through a long state court process before she can even attempt to get federal court attention.

Federal courts can’t just accept any case. They don’t have an endless amount of resources, and they also don’t want to step on the toes of other legal processes (like state and agency processes). If another branch of the law is already dealing with an issue, the claimant can’t necessarily cry out for federal court attention.

With federal issues, however, federal courts are supposed to be king. And the Fifth Amendment (what Knick claims the Township is violating) certainly is a federal issue. On the other hand, property law is a state issue. The state already has procedures by which someone can file a property dispute.

But the Township argues differently. The Township says Knick has to go through the entire set of local/state processes that allow for her to dispute the Township’s demand. That means Knick must file an “inverse condemnation action” in state court and try to get the Township to admit it must pay her for access to the land.

The Supreme Court already has ruled for the Township’s interpretation. In Williamson Co. v. Hamilton Bank (1985), the Court ruled that ripeness in this context requires exhausting state court remedies. The decision – albeit in a different case’s context – gave an example that filing an inverse condemnation action would be required.

Knick argues a view that is receiving a lot of support from outside parties filing “friend of the court briefs” on the issue. The biggest point she makes is that the “takings” claim is a Constitutional claim, and the court system should not include such a long set of processes that stand in the way of getting federal court review. Given the realities (i.e. the cost) of litigation, the rule will prevent people from ever getting federal court hearing of their important federal issue.

The states of Texas and Oklahoma argued in support of Knick. They agreed that the state court processes are long and sometimes confusing. They also noted that because of issue preclusion – a concept which says once an issue is decided by one court, it must stand in all others – there’s a good chance the federal case wouldn’t even be able to change the ruling on it.

On the other hand, the Township of Scott argues – also in support of several parties filing “friend of the court” briefs – that states always have the first right to resolve property disputes. Property law is naturally (has always been) a state issue, not a federal issue. So of course Knick should have to litigate with the state first, as long as the state has an adequate mechanism for the dispute.

The Supreme Court will hear arguments on October 3, 2018.