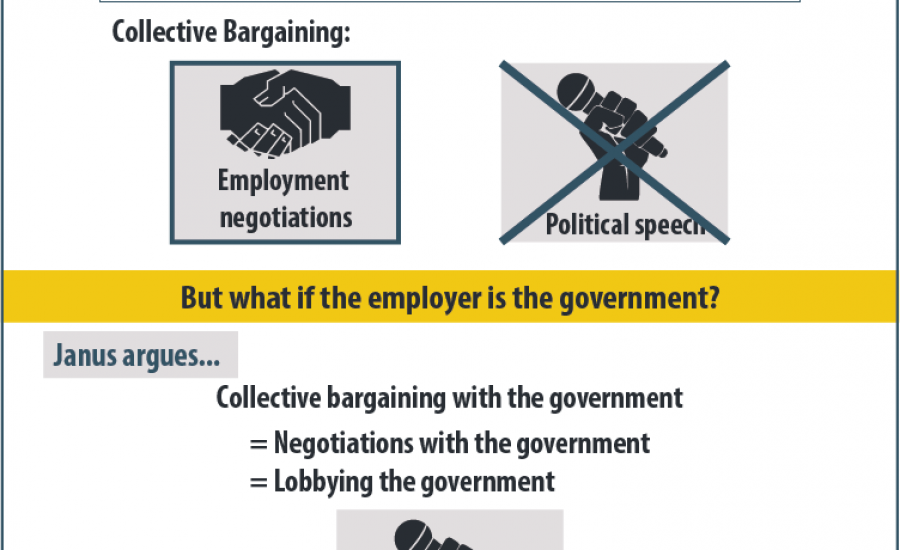 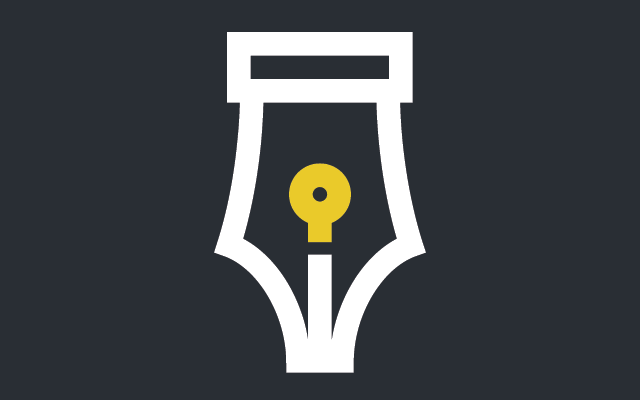 Mark Janus pays $45/month to a labor union. He is not a member of the union. He is politically opposed to labor unions. And he does not want to pay. But this fee is not optional. 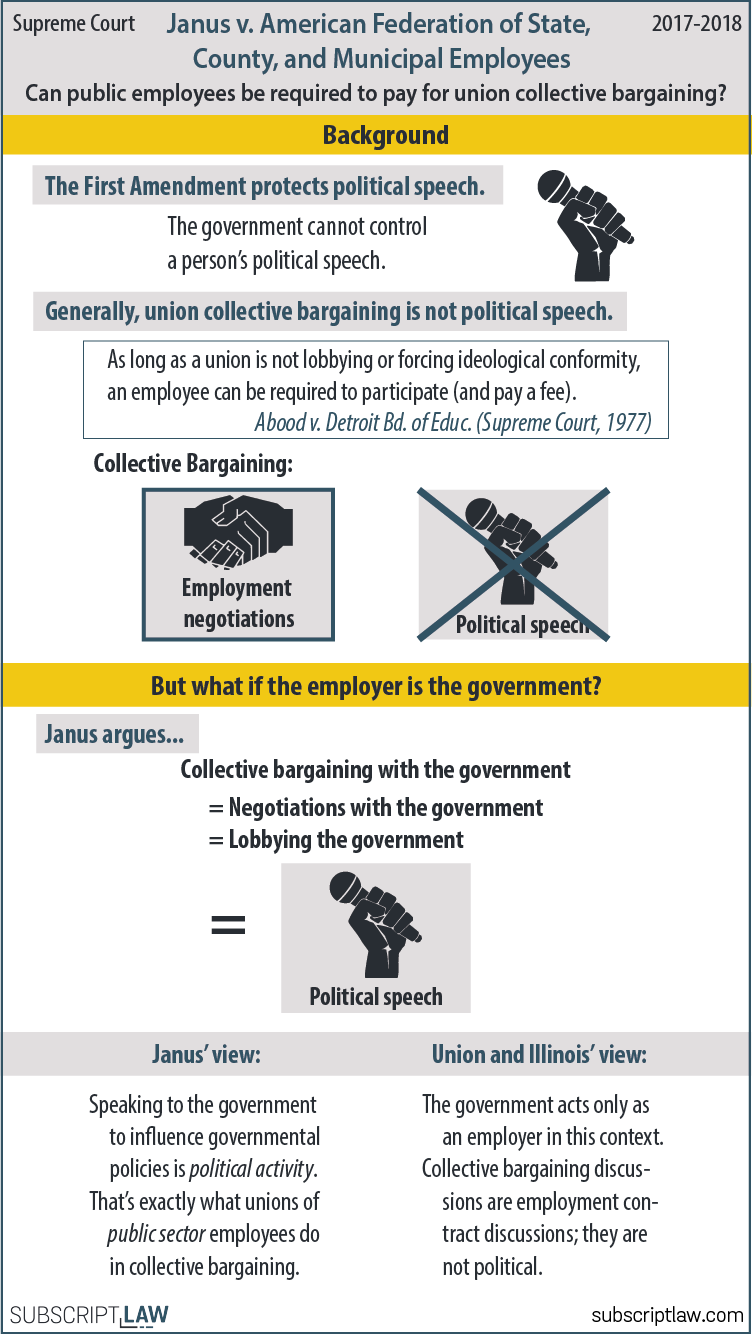 Also called a “fair use” fee, the collective bargaining fee is required to be paid by all employees because, whether they like it or not, there is a labor union that negotiates on their behalf. The American Federation of State, County and Municipal Employees negotiates employment benefits with the State of Illinois for Janus and his state employee colleagues. That includes, for example, wages, layoff policies, promotion policies and public benefits.

The idea of a labor union is that it protects employees from abuse by their employers. Employees in mass = greater bargaining power = greater employee benefits. Critics argue that labor unions have too much power – so much that they function to the detriment of the greater good by raising employers’ costs.

Janus argues the collective bargaining fee infringes on his First Amendment rights. The payment requires him to express belief in the union or in union policies when he does not.

But, the Supreme Court has addressed this exact question and ruled against Janus’ argument. In 1977, the Court admitted, there are are many ways a person’s beliefs may conflict with union activities:

But the Court ultimately said the interference is constitutionally justified because Congress has the right to declare such a fee essential to the well-functioning of the labor market. Allowing individuals to opt out would dilute the effect of the policy and the government’s important interest providing for employees to be represented equally before their employers.

The Abood ruling contains one aspect that Janus is asking the Court to reconsider this term. Is the collective bargaining fee required even if the employer is the government?

The argument is that negotiating with the government is inherently political. And political speech has always enjoyed the strongest First Amendment protection (“strict scrutiny”).

Recent deadlock on the issue

The Supreme Court deadlocked on this public sector question just after Justice Scalia’s death. Commentators note that Gorsuch’s vote could tip the scales.