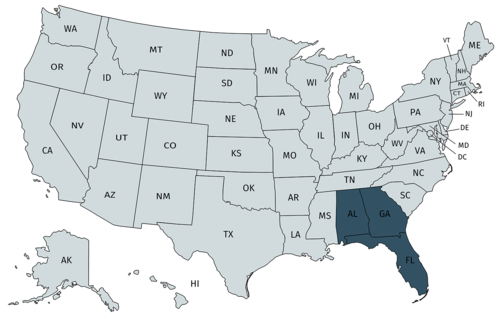 The Supreme Court ruled no, with Ginsburg and Gorsuch dissenting separately.

Terance Gamble was pulled over by a local police officer for a damaged headlight. After the officer smelled marijuana, Gamble was searched and turned up with a firearm. He’d been previously convicted of second degree robbery, which is a “crime of violence.” Both Alabama law and federal law have provisions criminalizing the act of carrying a firearm by a person with Gamble’s conviction. Alabama prosecuted, and then the U.S. went for it too.

In Gamble’s view, the Fifth Amendment was concerned with a person’s liberty interest. Under the Fifth Amendment, an “offence” is an action. Thus for one and the same action (i.e. carrying a firearm), a person should not be punished twice. The federal government and the state government act as a unit for purposes of Double Jeopardy.

In the United States’ view, the Double Jeopardy rule functions in relation to a specific sovereign government. An “offence,” according to the U.S., is an act of breaking the law. The act alone is not the offense; it’s the law-breaking that is the offense. With a separate government, the offense is different. Thus, the federal government does not prosecute for the same offense just because the state has an offense covering the same action.

In an opinion written by Justice Alito (7-2 decision), the Supreme Court ruled for the United States. Alito reviewed the text of the Clause and determined the meaning of “offence” is necessarily a relation to a specific law. The state and the federal governments have different laws, so the offense is different. Alito wrote that the Founders intended to allow separate prosecutions by different “sovereigns” because the nature of the crime is different for different governments, and each government’s interest in punishment for the crime is different.

Alito outlined earlier Supreme Court precedent that supports the “dual sovereignty” doctrine. According to the Court, the cases implemented the same rationales:

Indeed, we observed, the nature of the crime or its effects on “public safety” might well “deman[d]” separate prosecutions. Ibid. Generalizing from this point, we declared in a second case that “the same act might, as to its character and tendencies, and the consequences it involved, constitute an offence against both the State and Federal governments, and might draw to its commission the penalties denounced by either, as appropriate to its character in reference to each.”

A single act “may be an offence or transgression of the laws of ” two sovereigns, and hence punishable by both, id., at 20. Then we gave color to this abstract principle—and to the diverse interests it might vindicate—with an example. An assault on a United States marshal, we said, would offend against the Nation and a State: the first by “hindering” the “execution of legal process,” and the second by “breach[ing]” the “peace of the State.” Ibid. That duality of harm explains how “one act” could constitute “two offences, for each of which [the offender] is justly punishable.” Ibid.

From this vantage point, Alito continued with examples of the dual sovereignty doctrine must apply when foreign nations are involved. Of course, he wrote, we wouldn’t want a foreign nation’s prosecution of a crime by a U.S. national abroad to bar U.S. prosecution of the individual. We may have different concerns and punishments.

Justice Ginsburg dissented. She wrote that the Double Jeopardy Clause should protect an individual’s liberty from being prosecuted twice. The state and federal governments — despite the “theory” of being two separate sovereigns — are in reality one governmental unit.

Instead of “fritter[ing] away [Gamble’s] libert[y] upon a metaphysical subtlety, two sovereignties,” I would hold that the Double Jeopardy Clause bars “successive prosecutions [for the same offense] by parts of the whole USA.”

Ultimate sovereignty in a democracy, Ginsburg wrote, resides in the governed. The two separate “governments” are actually two distinct parts to secure the rights of the people — one and the same set of people. Thus, using dual sovereignty to upend a right of the people (Double Jeopardy) is inappropriate.

Justice Gorsuch dissented too. He disagreed that the federal and state firearm charges are any different from each other:

Imagine trying to explain the Court’s separate sovereigns rule to a criminal defendant, then or now. Yes, you were sentenced to state prison for being a felon in possession of a firearm. And don’t worry—the State can’t prosecute you again. But a federal prosecutor can send you to prison again for exactly the same thing. What’s more, that federal prosecutor may work hand-in-hand with the same state prosecutor who already went after you. They can share evidence and discuss what worked and what didn’t the first time around. And the federal prosecutor can pursue you even if you were acquitted in the state case. None of that offends the Constitution’s plain words protecting a person from being placed “twice . . . in jeopardy of life or limb” for “the same offence.” Really?

Gorsuch expressed the same point that Ginsburg did: that the government exists as an expression of the people. The separate sovereigns (state and federal governments) are there to implement the will of the people:

When the “ONE WHOLE” people of the United States assigned different aspects of their sovereign power to the federal and state governments, they sought not to multiply governmental power but to limit it.

(Citing from the Federalist papers).

Justice Gorsuch supports his view that the Founders intended to have Double Jeopardy apply across the state and federal governments by reviewing English Common Law. He cited several instances in which the principle was effective from one state to another and he included some from the early U.S. days as well (several of these, the majority interpreted differently).

Justice Thomas wrote separately to make the point that the doctrine of stare decisis (that the Court must follow precedent) should submit to instances in which the precedent is wrong. Thomas rejects the Supreme Court’s current multi-factor rule used to determine when to overrule precedent.

When faced with a demonstrably erroneous precedent, my rule is simple: We should not follow it.

Those reading tea leaves to predict a potential future abortion case ruling may latch onto this (potential to overrule Roe v. Wade). But Thomas is only one of the nine Justices.