What is Dual System Theory?

Dual system thinking theory was developed primarily by Nobel Prize-winning psychologist, Daniel Kahneman, and his long-time collaborator, Amos Tversky. In Kahneman and Tversky’s groundbreaking work that spanned some 40 years and generated hundreds of experiments on perception and decision making, they found that individuals possess both intuitive and reasoning-based cognitive processes. These distinct mechanisms for processing a given task employ different procedures and sometimes yield different, even conflicting, results. Our brain’s interfacing between two systems leads to the creation of decision-making heuristics, or short cuts, and biases. While not all heuristics are problematic, the notion that we make decisions through two separate minds sharing space in our single brain, which are sometimes in conflict and can create systematic errors, has upended much of how we think about decision making and behavior. This is especially true for law and economics that previously assumed people made perfectly rational decisions.

What are the Characteristics of System 1 and System 2?

Dual system theory is commonly called System 1 and 2 (or sometimes the automatic and reflective systems). Each system of processing information and making decisions has its unique characteristics. System 1, which operates by associative memory, is fast and automatic. It is governed by emotion and habit, and therefore is difficult to control or modify. System 1 thinking really does not seem like thinking at all because so much happens through it all at once–the speed and ease by which it operates means it is usually hidden from our conscious selves. Importantly, System 1 operates without requiring significant cognitive load. In other words, it is fast and easy.

In contrast, System 2 is the slower reasoning process. It is serial, effortful, and deliberate, subject to logic and rules. We engage System 2 whenever we use thought in an organized manner, such as writing a paragraph or solving a difficult math problem. These tasks, and System 2 in general, require significant cognitive effort. But this effort is how the brain carefully addresses new tasks when there are no easy associations to make. System 2 is also called on to alert you when your thinking has gone awry, acting as a monitor of the decision making process. One way to think about the two systems is as siblings: System 1 is the spontaneous gadfly who knows everyone and flits around quickly doing many things all at once; System 2 is the studious one, slow and boring, but dependably thoughtful and accurate.

Which System Is Better?

Based on these descriptions, one might think System 2 is always superior to System 1, but that is not necessarily the case. Because System 1 thinking is primarily associative, it is virtually effortless and therefore highly efficient. In fact, because it can process several streams of information at once, System 1 is uniquely suited for making the vast majority of our daily decisions, everything from walking and talking to driving a car and brushing one’s teeth.

But for more important decisions, System 2 thinking is required to ensure a thoughtful, more accurate outcome.  The problem comes when we factor in the greater cognitive load necessary to run System 2. It is easily overwhelmed.  Indeed, the brain can only do a few fully engaged System 2 tasks without stopping or making an error. When System 2 becomes overwhelmed, your brain has a workaround: it offloads decisions–ones that should be handled by the more reflective system–to System 1, the more automatic one. Because effortful mental processes disrupt each other, while effortless ones do not, System 1 thinking tends to proliferate when we face many non-routine decisions requiring mental effort. This means we fall back on heuristics for even important decisions and may lose that all-important monitor that should signal when we are making errors in judgment.

Examples of System 1 vs System 2 Processing

Researchers have found that the following activities are handled by their respective thinking system.

Notice that System 1 activities are more closely related to perception, while System 2 activities are all about concentrated mental effort. Over time and with much practice, some System 2 activities can be moved into System 1. That is how a highly experienced chess player can glance at a board and instantly see moves that a novice would have to thoughtfully consider for minutes at a time.

Although dual system theory was developed independently of questions related to ethical decision making, it is the foundation for the field of behavioral ethics. In behavioral ethics, researchers study perceptions of how we ought to treat one another and how such perceptions influence behavior. Decades of behavioral ethics research demonstrates that unethical behavior is often driven by situational factors capable of overcoming individual morality. In essence, the research finds that individuals often default to self-interested decision-making and are often blind to the process by which this happens.

This should make sense given what we know about System 1 and 2. Behavioral ethics researchers believe that self-interest is associated most closely with System 1. And a majority of researchers also believe that individuals approach ethical decisions in a way that allows System 1 the leading role, which causes us to initially prefer outcomes that benefit ourselves. In other words, making unethical decisions, or at least ones that preference our own wellbeing, is likely our default decision-making condition.

That should not be the end of the story, however, because System 2 has the capability to prompt thoughtful reflection, allowing people to overcome their self-interested defaults and choose to behave in an ethical manner.  Just as in other decision making contexts, behavioral ethics researchers have found that System 2 can act as a watchful ethical monitor, jumping in to control the automatic self-interest each of us likely possess. This monitoring function works best when cognitive load is low and individuals are able to fully consider the ethical ramifications of a decision. However, when cognitive load or emotions are high, there is an increased chance that individuals will act according to their less ethical self-interests.

Coming out of the 2008 financial crisis, Wells Fargo was considered one of the world’s most trusted banks. It had a storied history of safeguarding customer money, and that reputation for trustworthiness was only burnished after the crisis because it chose to focus on retail customers, avoiding many of the losses its competitors took that were caused by complex mortgage backed securities. Wells was rewarded with soaring stock prices, a market capitalization of nearly $300 billion, and a CEO who was lauded as “America’s banker.”

That, of course, all came crashing down in 2016 when the Consumer Financial Protection Bureau fined the bank $185 million for fraudulent activity, which centered around some 5,300 sales representatives creating thousands of fake customer accounts. Regulators found that between 2011 and 2015, more than 1.5 million bank accounts were opened and over a half a million credit cards were issued improperly–either in customers’ names without their knowledge or wholly fabricated by employees. In the firestorm that followed, Wells’ CEO resigned, multiple executives were fired and their compensation “clawed back,” and the company’s value tumbled. While the scandal cost Wells nearly $3 billion in fines and settlements, and hundreds of millions more in legal fees, the total costs to market share, reputation, and lost opportunity are many multiples higher–not to mention the costs to larger society stemming from the public’s distrust of the banking system.

The common narrative of how Wells failed so spectacularly focuses on the bank’s corporate culture. While it is true that the culture was flawed, without understanding dual system theory and the role it played in allowing unethical conduct to spread, the explanation of one of the largest banking scandals in recent times is incomplete.

To explain, it is first important to understand that the conduct occurring at Wells was not the standard story of corporate crime, where executives conspire to rip-off customers and make themselves rich. No one at Wells Fargo actually wanted sales reps faking accounts in the manner they did. The reason is simple: banks do not make money on products their customers do not know about. In fact, employees faking accounts undermines the bank’s profit goals in at least two ways: one is by failing to build brand loyalty, which is the purpose of cross-selling; and two is by employees wasting time creating fake accounts rather than selling real banking products that generate actual revenue.

But fake accounts do help executives in the short term, by making it appear that they have high performing teams, which gains them prestige and promotion. This caused some managers to pressure sales reps to meet impossible sales goals, threatening and punishing them when they fell short. According to employees, if they did not meet the prescribed number of cross-sold products, they were dubbed “not a team player.” Those that brought down the team were told they would be out of a job. As one former employee put it, “The reality was that people had to meet their [sales] goals . . . . They needed a paycheck.” Over time, creating fake accounts became commonplace and spread among thousands of employees in multiple regions. Some regions of the bank had become “grind-houses,” with co-workers “cracking under pressure” to meet impossible goals.

Dual system theory completes the picture of how the Wells Fargo scandal happened. We know the company as a whole did not want its employees creating fake accounts. And we know that there were not 5,300 employees all clustered together that were “bad actors” intent on doing harm.  No company is that bad at hiring. Instead, situational factors–primarily the incentives created by managers and peer influence among employees–overwhelmed the ethical decision making process of employees and fostered unethical, and even illegal, behavior.

Imagine being one of those Wells Fargo sales reps, who had previously never had a sales integrity violation. A new regional manager shows up pushing higher sales goals and explaining that non-performing reps will not last long. As it becomes harder and harder to cross sell to existing customers, the pressure mounts. As coworkers are let go for not meeting their numbers, the pressure mounts even more. And then you hear rumors that some of your peers are fudging accounts just to get by. Eventually the practice becomes an open secret. What once would have been unimaginable–lying or cheating at your job–now seems like the only way to survive. And everyone else is doing it.  The choice is honesty or your job, and your family depends on your income. Anyway, no one is really getting hurt because the accounts are fake–it is just a way to get the manager off your back until you can get your numbers up–numbers that your manager knows no one can hit. Before you realize it, you have created a series of rationalizations through a thoughtful System 2 process. But that System 2 process was only lurking to justify a System 1 default. In other words, you had to rationalize the self-interest of saving your job over complying with company rules and society’s laws. You had to go through the rationalization process to come to the “right” outcome that keeps your job.  As the unethical conduct continues, it becomes easier and easier to justify. It has become like a habit. System 2’s watchful ethical monitor has been replaced by habitual System 1 wrongdoing. 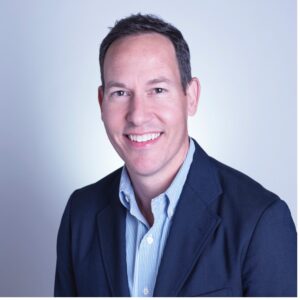