A former federal marshal will get the same tax benefits West Virginia gives to its retired police officers and firefighters.

Court Below: State of West Virginia Supreme Court of Appeals 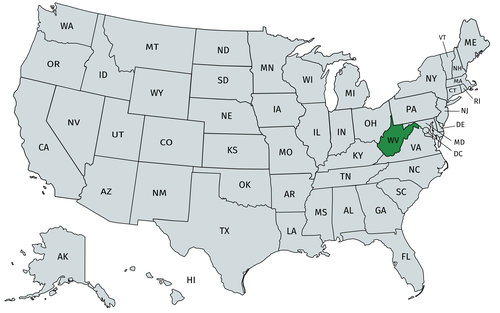 James Dawson, a retired federal marshal, argued he was being unfairly taxed. West Virginia exempts the retirement income of some of its law enforcement officers (specifically, firefighters, sheriffs, and state and local police officers). But Dawson didn’t qualify for this tax benefit.

Dawson argues that West Virginia can’t give its state officers special benefits unless it treats federal officers at least as well. So he sued Steager, the West Virginia tax commissioner.

Dawson’s argument was based on an ancient Supreme Court rule, the doctrine of intergovernmental tax immunity. The Court announced the rule in 1819, in one of the most famous cases in its history: McCulloch v. Maryland. In McCulloch, it held the state of Maryland could not tax the federal Bank of the United States.

The question is more complicated when states give tax benefits to subgroups of employees. In Jefferson County v. Acker, federal judges argued Alabama had taxed them unfairly. Alabama’s law exempted judges from its license tax but only if they had a specific type of license under a different Alabama law. Federal judges had no need to get that other license, so they never would qualify for the tax exemption. Effectively, the judges said, Alabama had created a state-judge-only tax exemption.

But the Court wasn’t willing to go that far. It said the test for deciding whether federal employees were being unfairly taxed was whether they were “similarly situated” with the group of state employees getting the tax benefit. In Acker, not all Alabama judges got the tax exemption, so the Court held it constitutional. The Court viewed Alabama’s tax exemption as a way of mitigating its duplicative licensing scheme instead of a way of singling out federal judges.

Applying the doctrine to Dawson’s case

The West Virginia Supreme Court of Appeals had ruled that the state was allowed to give a benefit to a small class of state workers and that the comparison to federal workers wasn’t relevant to the state’s policy decision. In the West Virginia Supreme Court’s opinion, because the benefit was intended to affect only a small number of state workers, it was not discriminatory to federal officers.

The Supreme Court ruled the West Virginia Supreme Court of Appeals had it wrong. “Similarly situated” is the relevant question a court should ask when evaluating a potentially discriminatory state tax scheme. If the tax law groups people based on job responsibilities, then a court will review whether the state and federal classes with similar job responsibilities are treated the same.

Thus, the Court ruled unanimously (and with “little difficulty”) that the West Virginia tax scheme treated Dawson less favorably merely because the source of his income was the federal government. The state will have to revise its tax provisions to resolve the disparate treatment.