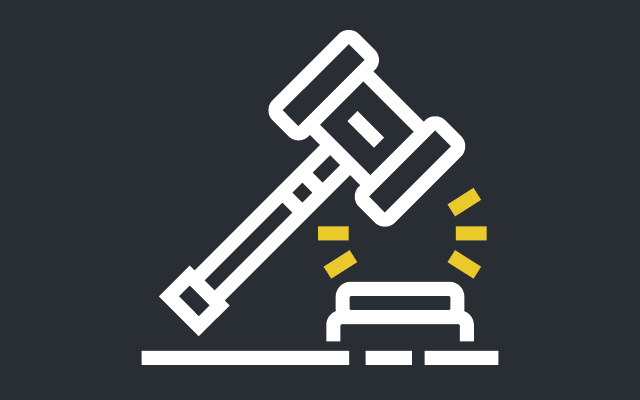 Cyan sought to stretch the meaning of the SLUSA, and the Supreme Court was not convinced.

Cyan, a telecommunications company, faces a class action suit by the company’s shareholders (led by the Beaver County Employees Retirement fund). In its efforts to get the case dismissed, Cyan sought to use the Securities Litigation Uniform Standards Act (SLUSA). The SLUSA limits the jurisdiction of state courts in securities class action cases. This case was indeed filed in state court, and Cyan argued the SLUSA would bar it. 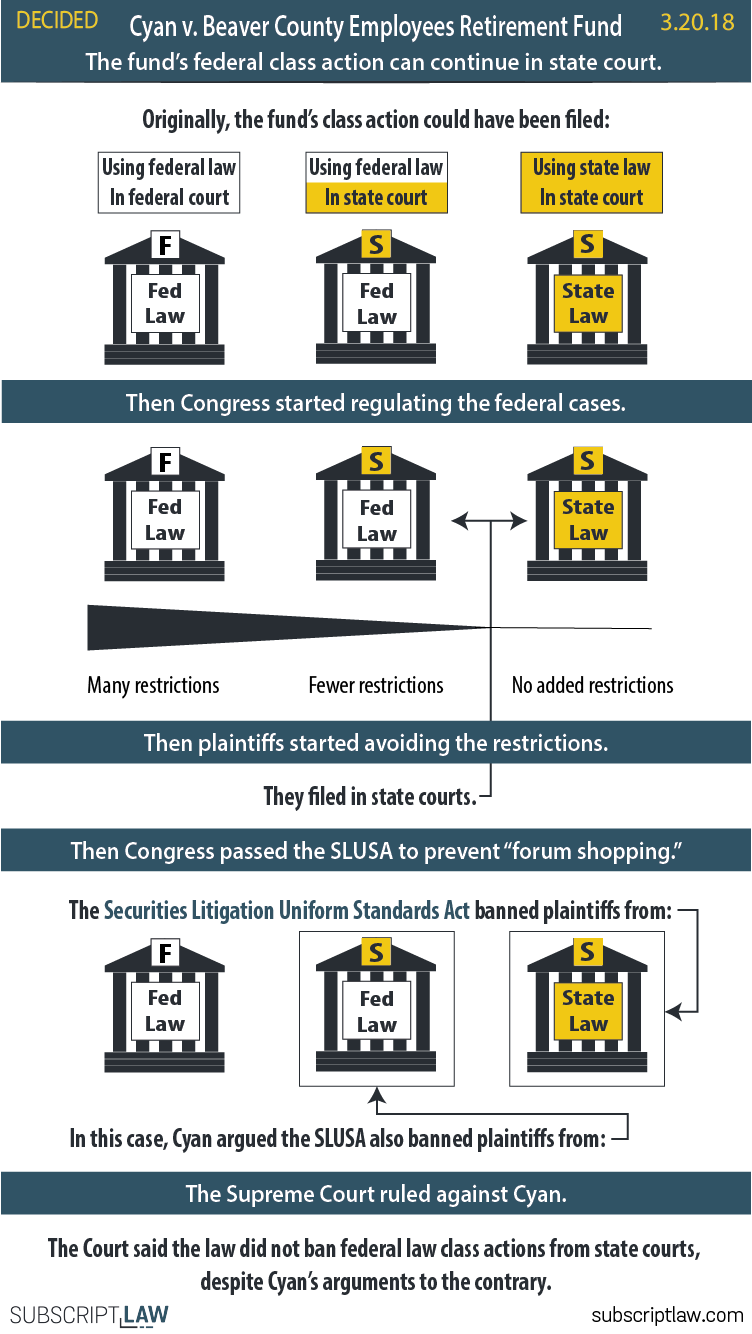 Before we get into the details of the SLUSA, let’s discuss the history leading up to it.

When the Securities Act was passed in 1933, it enabled individuals to file lawsuits if they had been harmed by a company’s deception in its public offering statements. It came off the heels of the major stock market crash of 1929. Enabling suits by private individuals (not just the government) allowed shareholders to help enforce the laws.

So then plaintiffs had a choice – they could use federal law and accept the additional restrictions, or choose state law and be more relaxed. Obviously, they started filing securities suits under state law, in state courts, and avoided the restrictions.

Congress had to get another step ahead. That’s when the SLUSA (the law relevant in this case) was passed.

To skip straight to the tl;dr (too long; didn’t read) version:

It didn’t work. The Court ruled against Cyan and confirmed that federal securities class actions can proceed in state court.

See the opinion for the textual analysis. The Court also rejected Cyan’s arguments that the purpose of the SLUSA supported its reading.