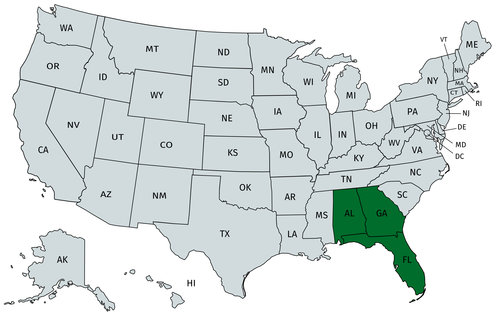 Hunt alleges a kickback scheme in which Cochise Consultancy paid bribes to get awarded a United States contract to clean up excess munitions. According to Hunt, awarding Cochise the contract costed the United States Government more money because another company was better equipped to perform the work.

The federal False Claims Act exists to combat fraud on the public. Congress first passed the False Claims Act in 1863 at the height of the Civil War in an attempt to address the massive fraud occurring in the procurement of supplies and materiel for the Union. President Lincoln signed the legislation into law on March 2, 1863. It thus became known as the “Lincoln Law.”

The statute contains a qui tamprovision that allows an individual citizen or entity, referred to as a “relator,” to sue on behalf of the Government. If successful, the relator receives a percentage of the recovery. Qui tamis an abbreviation of the Latin phrase qui tam pro domino rege quam pro se ipso in hac parte sequiturwhich translates into “he who brings a case on behalf of our lord the King, as well as for himself.” The relator may also assert personal employment claims for wrongful termination for engaging in whistleblowing activities under of the Act.

Many legislators recognize the importance of financial incentives to promote fraud detection and prosecution. Indeed, it is believed that the qui tam model provides the greatest incentive for the whistleblower while exposing information that the Government cannot detect on its own. These incentives may encourage individuals to report fraud, the occurrence of which law enforcement is unaware.

How the Act works

A party who presents fraudulent information to the United States Government to get payment on a contract violates the False Claims Act. The relator, who learns of the fraud, may take action.

Relators must voluntarily disclose to the Government the possible existence of a violation of the Act and evidence supporting those claims prior to filing a complaint. A “disclosure statement” details the allegations and evidence supporting the claim. After making the disclosures, cases are filed in court under seal. The case may then go forward if the Government decides to intervene in the matter. If the Government does not intervene, the relator may go forward on their own.

Billy Joe Hunt, the relator in this case, filed a complaint in 2013 alleging fraud on the part of Cochise Consultancy during 2006 and 2007. The Government declined to intervene in the case, and Hunt decided to go forward with it on his own. The Defendants filed a motion to dismiss the case, claiming the case was barred because it was brought too late under the Act.

Specifically, the Defendants argued that Hunt’s complaint was untimely because it was not filed within the six-year period as set forth in the Act. Hunt argued that it was filed in time because he did so less than three years after an “official of the United States” knew of the alleged fraud in 2010.

(1) more than six years after the date on which [the violation] is committed, or

(2) more than three years after the date when facts material to the right of action are known or reasonably should have been known by the official of the United States charged with responsibility to act in the circumstances, but in no event more than 10 years after the date on which the violation is committed, whichever occurs last. 31 U.S.C. § 3731(b).

Procedural history of the case

The United States District Court, for the Northern District of Alabama agreed with the defendants and dismissed the case. In so doing, it stated that the Act did not apply because the complaint was time-barred as the Government declined to intervene; or because the time period expired three years after Hunt discovered the fraud in 2006.

The defendants appealed this decision to the United States Supreme Court. The Supreme Court agreed to hear the case, in part, to resolve a split that developed among the Circuits. The Fourth, Fifth and Tenth Circuits believe that relators are not the Government and, as such, do not get the benefit of the longer time to file the case. The Third and Ninth Circuits believe that relators do get the benefit of a longer time to file. Most interestingly, the Eleventh Circuit takes yet another view and believes that a relator has a ten-year period in which to bring a case provided the case was filed within three years of a United States official obtaining knowledge of the material facts.

The Supreme Court essentially agreed with the Eleventh Circuit approach:

The Supreme Court ruled that the third prong of the analysis applied here under the plain meaning of the statute. In so doing, the Court looked at whether the limitations period under the Act is available in a relator-initiated suit where the Government does not take the case. If so, the next question is whether the relator in such a case should be considered the official of the United States whose knowledge calls for the shorter three-year limitation to file the case. The Court ultimately concluded that it could extend the time period when the Government official did not know and should not reasonably have known the relevant facts, in as much as the Government is the one ultimately harmed by the wrongful conduct and receives the recovery.

In short, the Court resolved the issue of whether relators may avail themselves of the benefit of a longer time period to bring a False Claims Act case. The Court said yes, relators are granted the same amount of time that the Government is afforded under the Act.

The Justices heard oral arguments on March 19, 2019 and issued its unanimous opinion on May 13, 2019. In upholding the decision of the Eleventh Circuit Court of Appeals, the Supreme Court allowed Hunt to proceed with his claims against the defendants. 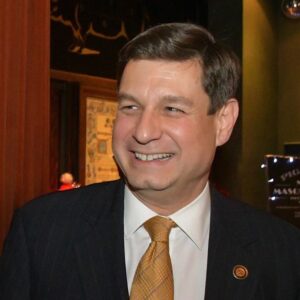