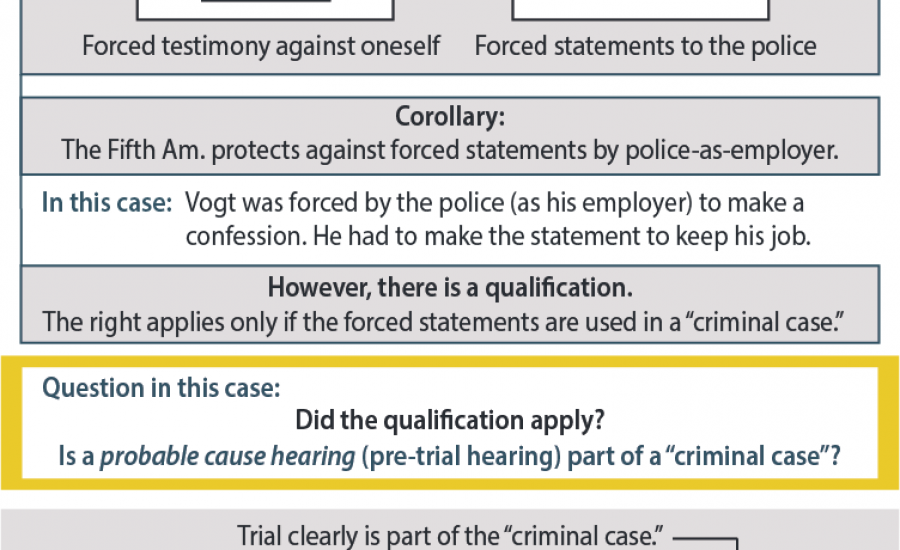 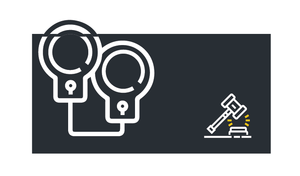 This case was dismissed as “improvidently granted.” See why!

Pleading the 5th isn’t just for the witness stand. But it still might not apply here.

You might have heard of someone “pleading the 5th” on the witness stand. It’s legal TV’s most common application of the 5th Amendment right against self-incrimination. You can’t be forced to make statements to incriminate yourself. In the witness stand context, the potential incrimination is happening at trial, but the 5th amendment protects against self-incrimination that happens outside of trial too, like in police interrogations, or during an arrest (hence, the Miranda warnings).

This case involves an interesting corollary of the right against self-incrimination. A Supreme Court case of 1967 (Garrity v. NJ) declared that law enforcement officers cannot be forced to speak to their bosses (the police department) if the statements would be self-incriminatory. When an internal police investigation threatens an officer to talk – or else lose the officer’s job – the right kicks in. 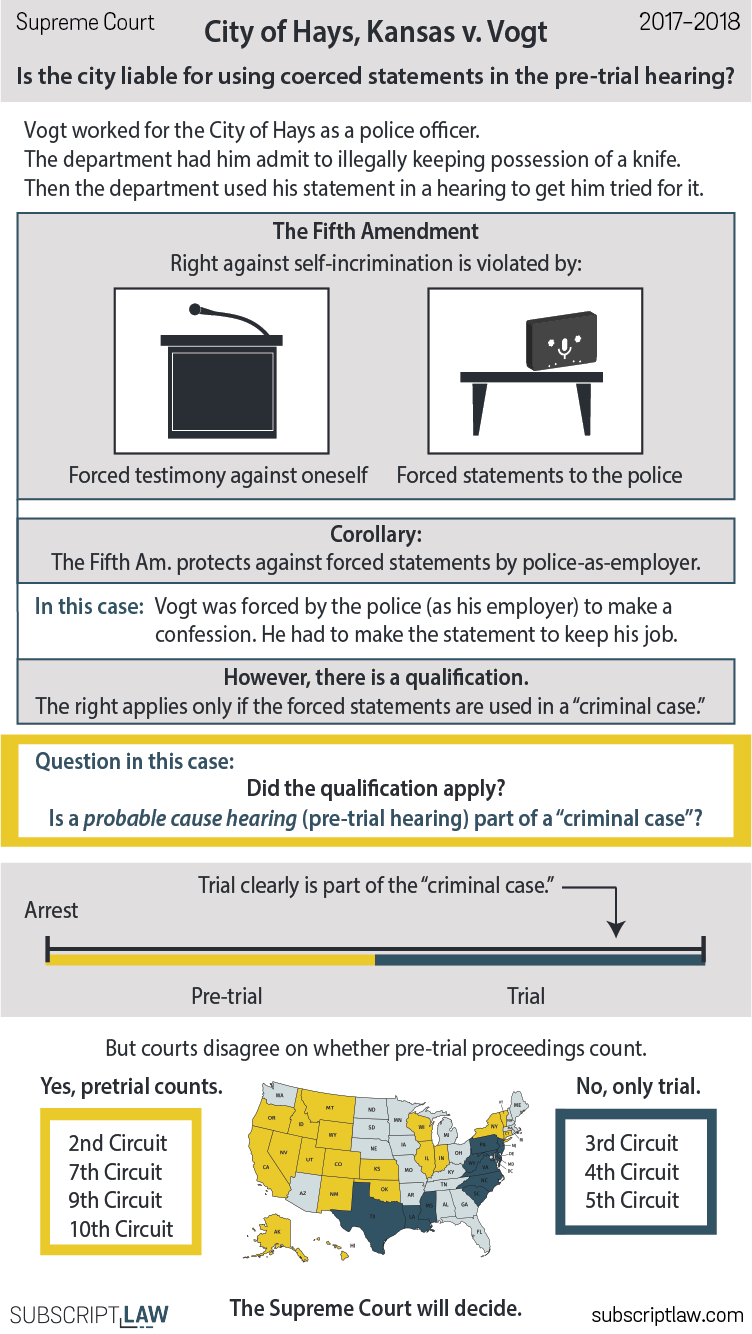 Vogt’s employer, the City of Hays Police Department, required him to admit that he had illegally taken possession of a knife. Vogt had come clean about it as a means to get another job offer. But then the department made him put it in writing, threatening that he would otherwise lose his job.

Later the police decided to try him for a felony related to possession of the knife, and they used his forced statement in a probable cause hearing – a pretrial hearing.

Here, the issue is: what does a “criminal trial” include? Does it include pre-trial legal proceedings (the probable cause hearing)? Or just the trial itself?

The City of Hays focuses on a 1990 Supreme Court decision (U.S. v. Verdugo-Urquidez) that mentioned the 5th Amendment is only a trial right. Mentioned is key here. Some parts of a court decision are more important than other parts, and this little piece was not part of the essential text of the decision.

Vogt has a couple of more recent cases to support his side, though neither of them is exactly on-point. In 1997, the Supreme Court ruled that the right against self-incrimination applies when the evidence is introduced in post-trial sentencing (Mitchell v. U.S.). And in 2003, the Supreme Court discussed the potential for pre-trial vesting of the right (Chavez v. Martinez), but the exact point was not agreed by a majority of the Justices.

What might be the critical difference: this case’s civil context

This case differs in another important respect from common uses of the right against self-incrimination. Usually, the 5th Amendment is used by a criminal defendant to get a self-incriminatory statement excluded from the criminal trial. Or, if the statement is included in the trial over a defendant’s objection, the defendant may argue the same on appeal.

However, in this case, Vogt was never criminally tried for the felony charges related to the knife. The probable cause hearing at issue resulted in a favorable ruling for Vogt, and the criminal case was dismissed.

This is a civil case, with Vogt in the driver’s seat. He is suing the officers and the police department for civil damages from for having improperly used his statements. This difference could be critical to the result in the case. The Supreme Court may decide that a non-trial use of the forced statement is not valid for civil liability, even if it should function to get the statement thrown out in criminal court.

What do others think?

Appeals courts around the nation are divided on the issue, as the infographic shows. A “regional split” is one of the factors the Supreme Court considers when it decides whether to accept a case.

The United States federal government wrote a brief in this case supporting the City of Hays. It argues that for use in civil cases, when the defendant takes the offensive position, the right against self-incrimination should not apply outside of the proper trial.