The government needs a warrant before getting our cell phone location data.

Given society’s reliance on cell phones and the pervasiveness of data collection, you would think it’s reasonable to expect privacy in some of the data that is casually compiled about us. This case was about – specifically – the location data that service providers get from our cell phone use. It’s not quite as precise as GPS data, but it’s a good ballpark of someone’s whereabouts at practically anytime.

In 1976, the Supreme Court made a rule that had been keeping the 4th Amendment from covering our cell phone data. The rule is called the Third Party Doctrine. The Court established that if you hand information over to a third party voluntarily, then you can’t expect privacy in it. The government doesn’t need a warrant to get it. The 1976 case (U.S. v. Miller) was about bank records, and the ruling also applied in 1979 to phone numbers that were dialed, or “given” to a phone company (Smith v. Maryland).

The Third Party Doctrine was the government’s key in this case. The government argued that, just like bank records or dialed numbers, we voluntarily hand over our cell phone location data when we wander around with our cell phones.

But it won’t apply here

The Supreme Court’s 5-member majority (Justice Roberts plus the liberal wing) would not apply the Third Party Doctrine in this case.

The Justices reviewed the principle of the Third Party Doctrine in opposition to another principle of the 4th Amendment: that we should have a strong degree of privacy in our physical whereabouts. In a more recent case, Jones v. United States (2012), the Court had concluded that GPS data would raise 4th Amendment concerns.

The decision did not overrule the Third Party Doctrine, and it did not suggest the exception to it granted today would extend more broadly. It called our cell phone location data “unique” in this regard. 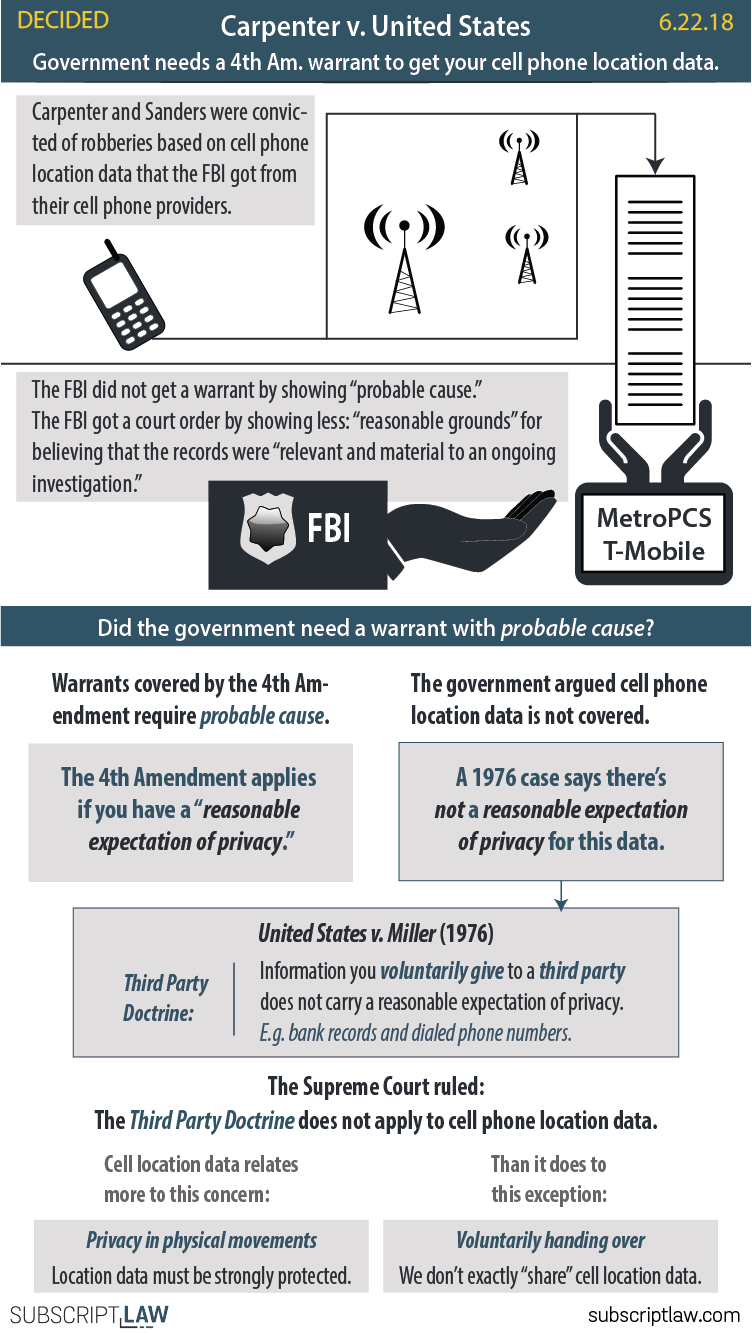