You can get privacy from police search in a rental car, even if you’re not listed on the car lease.

Terrence Byrd borred a rental car that his girlfriend had leased. Byrd wasn’t listed on the lease. He got pulled over, was searched, and there was a bunch of heroin in the trunk.

Does Byrd get 4th Amendment protections, even if he was violating the car lease by driving the car?

The Supreme Court ruled, yes, he can. Just breaking a rental car agreement doesn’t necessarily break your right to Fourth Amendment protections. In fact, the Court pointed out that the lease didn’t itself terminate when Byrd took the wheel. It only said that coverage for damage would terminate.

But more importantly, the Court said, the right to privacy (under the 4th Amendment) is about a person’s right to exercise control over the car. Jones v. United States (1960). And in this case, despite the private rental car agreement, Byrd was able to exclude others – like a car hijacker – from the car. His situation – as a car borrower – was not comparable to that of a thief. At least, not unless the government proves Byrd had planned some greater scheme to borrow the car just do commit his crime from the start.

Here is a link to the Court’s unanimous decision. 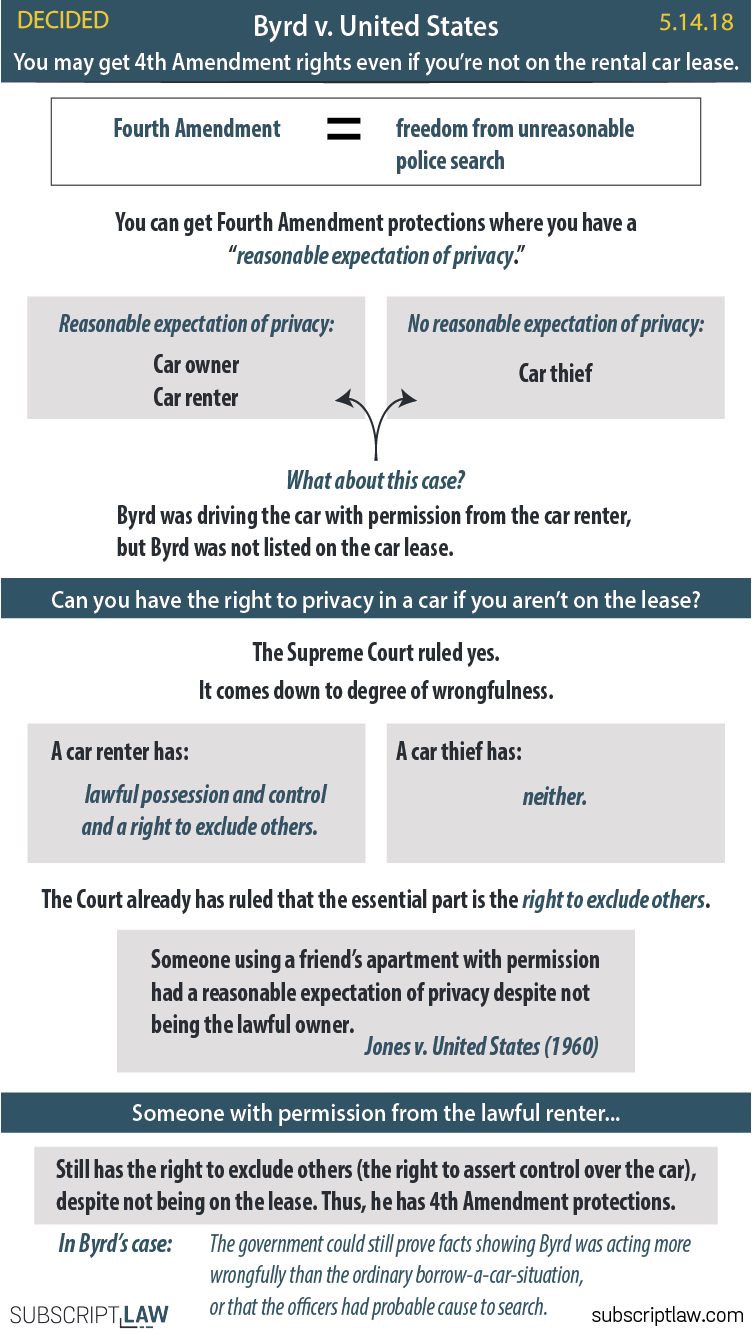