Supreme Court grants Ayestas a temporary win in his long uphill battle to try to avoid the death penalty.

The Criminal Justice Act provides for this. It says a court may grant an “investigative expert” when “reasonably necessary” for representation.

Carlos Ayestas was convicted of murder and sentenced to death. He appealed the sentence by arguing that his trial lawyer did not adequately present mitigating evidence. After losing the argument in his state court appeal, Ayestas appealed on the federal level that his attorneys in the state appeal failed to adequately present other evidence of mitigating factors. At the federal appeal, he also applied for funding to help him gather evidence (funding for investigative services).

The lower federal court denied his request for funding and also ruled against his “ineffective assistance of counsel” claim. In regards to the funding claim, it said Ayestas did not show a “substantial need” for the investigative services. The appeals court (5th Circuit) affirmed.

However: “Substantial need” is not the same wording as used in the rule. The rule says the court should consider whether the investigative services are “reasonably necessary.” That was the question Ayestas brought to the Supreme Court.

The Supreme Court remanded the case, which means Ayestas will get another chance to argue for investigative services in his death penalty appeal. 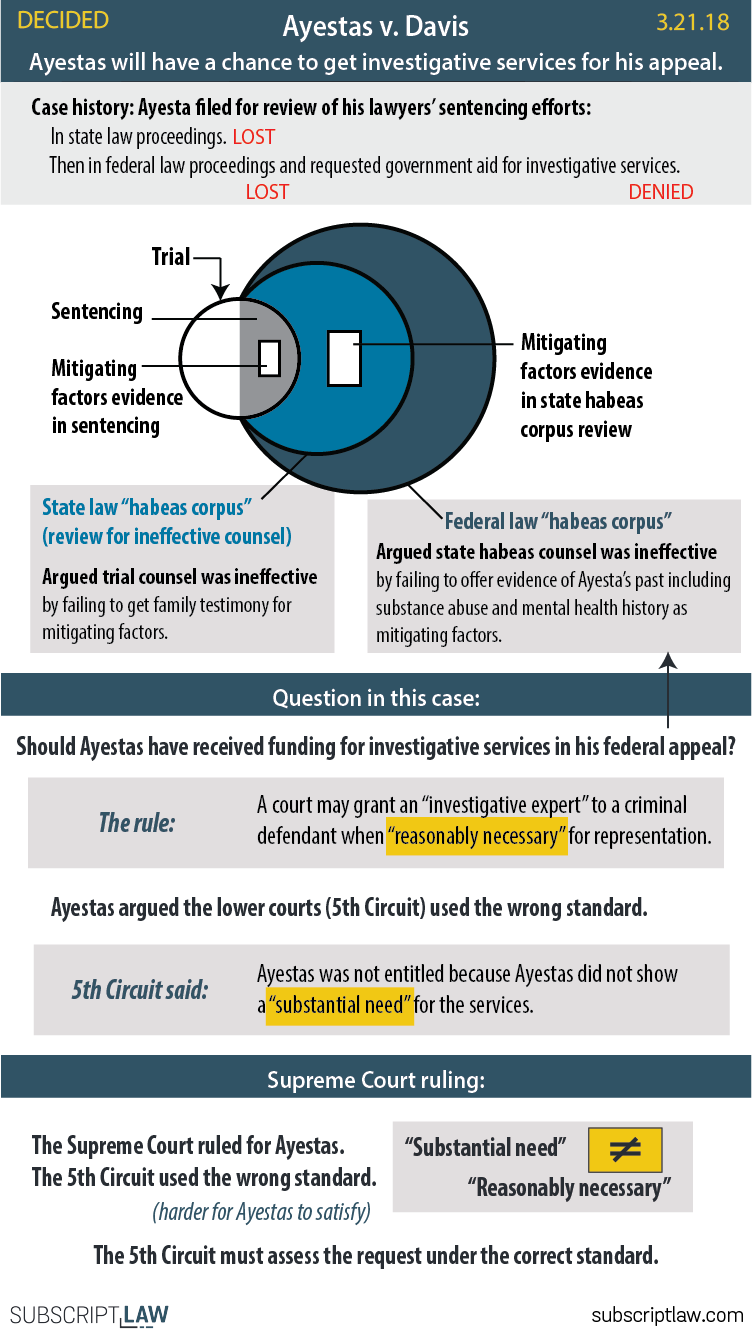