The Supreme Court rules against the government’s attempt to get a bunch of EPA challenges reviewed in appeals courts.

In 2015, the EPA and the Army Corps of Engineers issued a rule to define which waters of the United States would be regulated.

A bunch of groups challenged the rule in federal district courts around the country. Usually cases start in the lower district courts, but the Clean Water Act contains a provision that certain lawsuits challenging EPA actions should go directly to appeals courts. The federal government wanted the cases to go straight to the appeals courts, instead of having to litigate in lower courts across the country. The federal agencies argued that these EPA challenge are among those that the Clean Water Act specifies should be reviewed directly in appeals courts.

The Supreme Court today denied the government’s arguments. The Court primarily analyzed the language of the Clean Water Act to make its decision.

The Court ruled the EPA challenges to the definition of water is not an “effluent limitation or other limitation” because these are related to the discharge of pollutants. See the Court’s discussion starting at page 9 of the opinion. The complete discussion rules out a couple more of the government’s arguments.

The Court also ruled the challenges to the definition of water is not a challenge to an action “in issuing or denying any permit” under a certain Clean Water Act section because that section authorizes pollutant discharges under a particular permitting program. The Court said the government’s arguments put inappropriate meaning into the text of the law: “Rather than confront that statutory text, the Government asks us to ignore it altogether.” That discussion starts at page 15 of the opinion.

For more information about the case, see our Argument Explainer. 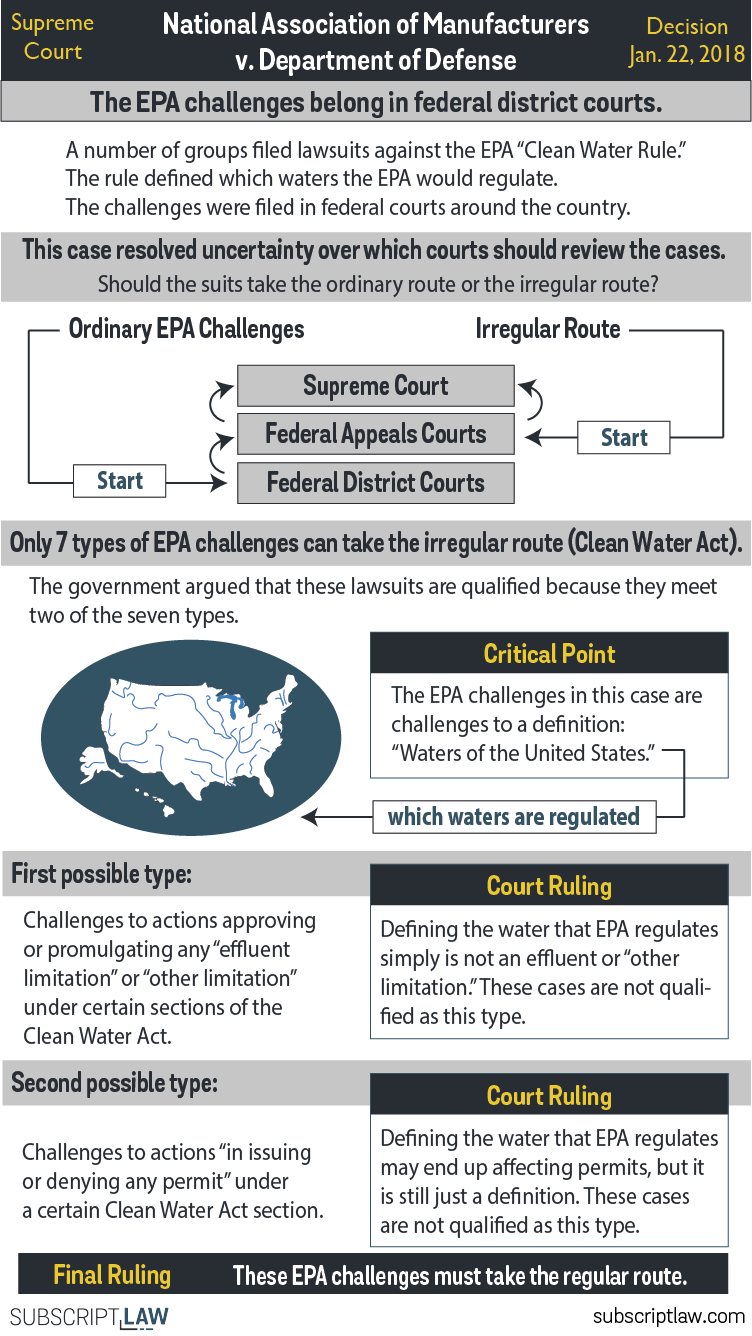