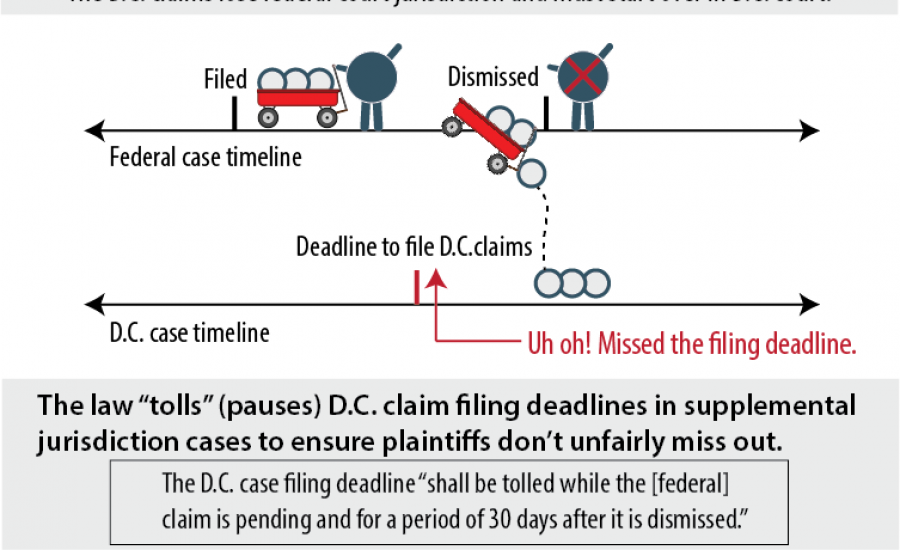 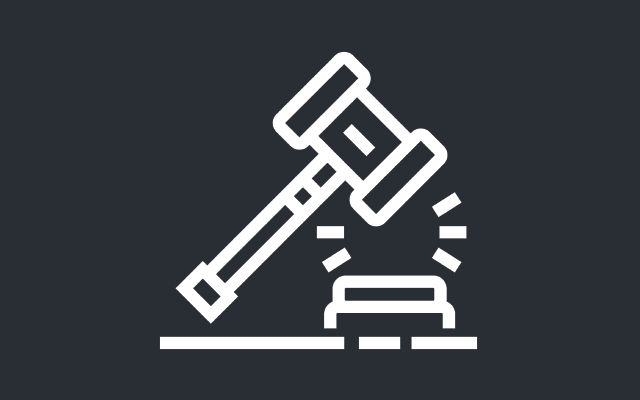 This case has been decided! Click here for our infographic explaining the decision.

You might have heard of Jurisdiction and Statutes of Limitations, but this case does a one-up on each of them.

Stephanie Artis, a health inspector for the District of Columbia, lost her job and sued her employer (D.C.) for employment discrimination (under federal law) and a few other claims (under D.C. law).

While those D.C. claims were taking a ride in federal court, the filing deadline for them (statutes of limitations in D.C. court) passed.

The “Supplemental Jurisdiction” law has a note on how to deal with this: a “tolling” provision. Artis should not be punished for taking advantage of the chance to litigate efficiently, so the tolling provision extends the time that she has to file in D.C. court.

In this case, Artis wants the Supreme Court to interpret the tolling provision in a way that gives her more than just 30 days after the federal claim was dismissed to file.

The word “toll” as used in legal context generally means to pause, or to “stop the running of a time period.” In the context of the definition, Artis’ argument is more compelling. When used in reference to claim filing deadlines, the word often implies that the “tolled” time is saved.

Read a SCOTUSblog discussion of the case here, which gets deeper into the arguments on each side.